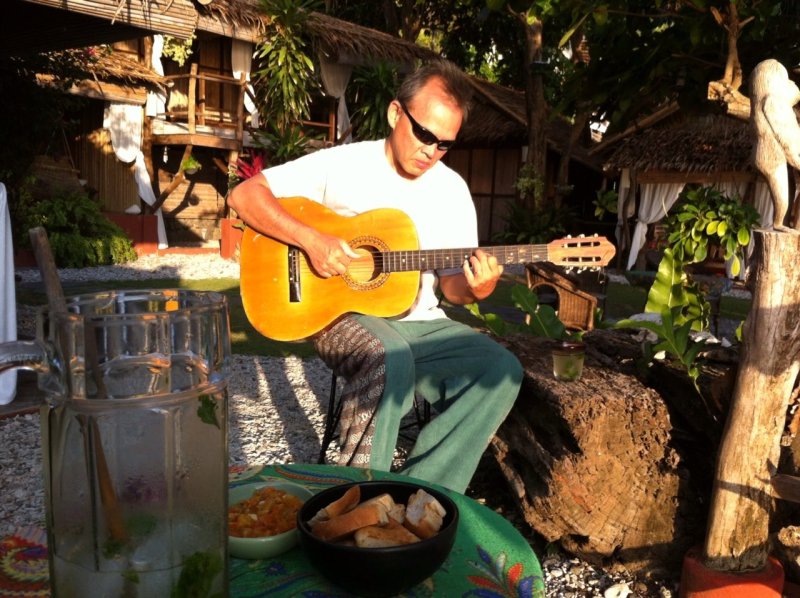 Pasyon (de La Rumba)
by Bo Razón
Share
Buy
Influence: Caribbean , Latin American
Genre: afrocuban, philippine folklore, rumba guaguanco, tres cubano, son montuno
About "Pasyon (de La Rumba)"
This track brings together Cuban & Philippine folklore. The melody is an excerpt from epic poem-chants with 16th-century origins sung in the Philippines at the end of the Lenten season (Holy Week), that recount the Passion, Death, & Resurrection of Jesus Christ. The chants are recited continuously all week until Good Friday afternoon. The rhythmic bed for this track is a Rumba Guaguanco, a genre evolved by descendants of Africans brought to Cuba during the Middle Passage in a process of creolization from the late 19th-century onwards. After the flute comes in to restate the melody, the rhythm breaks into a Son Montuno groove for the flute solo. This section also incorporates the Philippine saronay gong instrument supporting the Cuban cowbell pattern.

The melody and first solo is played by the Cuban Trés, the typical folkloric guitar native to Cuba. In playing the Trés, I pay tribute to Arsenio Rodriguez, the great pioneer of Cuban music who was a virtuoso of this instrument and one of the primary originators of the Son Montuno genre.