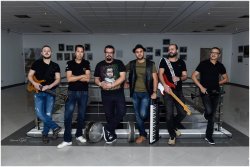 After a career in rap music, Taoufik decided to expand his musical style to encompass rock, blues, jazz and traditional music of Morocco played with a refreshing style unique to the band. Ariband is proof that fused musical styles have broad appeal to multigenerational audiences around the world. The ... more