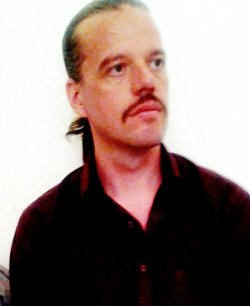 Yemen
Tracks
Videos
About
Gardians Of Eblis
by Abu Yahya
Influence: Middle Eastern
Genre: pop, remix, world, beduin, yemen
share
repost
comments: 2
add to favorites
About "Gardians Of Eblis"
This is not a simple musical project. This should be a mission for Yemen.

Abu Yahya, the lead vocalist of the hard rock band "The Smouldering Ashes" shows another artist face of him. To promote the upcoming alsum "Heritage - Children os Sheba" listen to this remix.

"I had a dream, that I'm chewing Qat in the hell" - says the poem, which made all Yemen to laugh. The poet is Hussein Saleh Al Saidi, and even he could make these words as a joke, in the actual situation of Yemen it got a really powerful meaning - knowning, how many innocent people as suffering in the National and Political Security, it may be told, that they really became of guardians of Eblis.

In the following months 13 more tracks will be made with voices from Bayda, Hadramawt, Shabwah, Yafaa, Ma'reb, Al-Jauf and Saadah. So join this musical trip and know the real face of Yemen.

The project what I build up turns back to 2013. That time I made my first remix for an original yemeni-beduin voice.

This time I make the first album with this idea, which is not only a serial of musics or remixes: This album should be a mission. This album should let you get a musical ... more
Influence
Middle Eastern
Genre
world music, pop, electro, remix
Other Pages