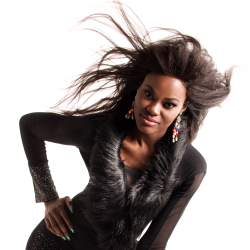 BIZARRE in french means „bizarre, strange, weird“. This song is dedicated to all the men in the world who are bizarre, strange and incomprehensible from the women´s point of view. Women came from Venus and Men from Mars, it´s indisputable fact we cannot change. They will never be the same and will never be able to understand each other. Women, pay attention to men – they are bizarre!

See all tracks (16)
Follow
Send Message
About
AWA MANGARA, is an Afro-European singer, rapper and dancer, born in Bamako, capital city of always sunny and rich in culture Republic of Mali in Western corner of Africa, currently lives in Bratislava, capital of small but wealthy country Slovakia located in Eastern Europe, where nowadays she composes her songs as an author as well as sings and presents her music of world-class pop-rap genre in... more
Influence
African
West European
North American
Genre
pop, dance, rap, afrotrap
Other Pages