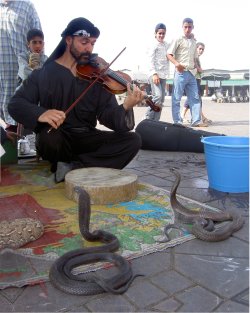 Newest CD releases are available at the "Traveler On-Line Store":

Scott Jeffers:On my continuing quest to play in all the world's ancient theaters, I find new inspiration for composition. My violin echoes from the stones with mysterious harmonic overtones, perhaps voices of past civilizations joining the song of timeless eternity.

Winds of Ksar Ghilane Composed in the summer of 2014 during a month and a half trek through the beautiful mountainous regions of the Turkish coast, the secluded Gypsy villages of Transylvania and the solemn desert of Tunisia. The voice of these exotic lands speaks strong in the melodies, with some elements of deeply rooted American folk and blues gently woven in. A true reflection of this Traveler's journey.

Traveler Christmas A very special collection of some of my favorite traditional Christmas songs; as well as original songs composed mostly on Christmas Eves and lyrical collaborations with family and friends.

Onward Journey Inspired and composed during Scott Jeffers’ 2013 travels commencing with milestone performances at the International World Music Festival in Fethiye, Turkey; including a stay in Istanbul, treks across the harsh deserts of Jordan and Egypt, and culminating with the contrasting landscape of the Emerald Isle, Ireland.

Marrakesh - Acoustic Released Dec 2012 is a collection of songs mostly written on location in Morocco and Lebanon, and features guest musicians from Iran, Lebanon and Jordan as well as the Traveler performing line up. In this album, the artist vision was to bring to life the experience's of his travels and transfer it through the music. This is considered to be Travelers most bold step in fusing traditional Middle Eastern music with the classic acoustic Traveler sound. Using traditional ethnic instruments, songs sung in Arabic and English as well as field recordings of Moroccan snake charmers, fortune tellers and street musicians mixed in. Marrakesh will make you feel as though you've stepped through a portal into a foreign land.

MONGOL An innovative high energy fusion of traditional ethnic styles with Rock. For this project Scott Jeffers (violinist, composer, Band leader) brought in musicians from India, Bulgaria, Greece, Ireland as well as his touring band with members that have roots in Lebanon, Afghanistan and Iraq. This combination makes for an exotic deeply rooted sound. Tracks on this album vary in influence from Turkis, middle eastern, Bulgarian, Greek and east Indian to Celtic. Also featuring traditional ethnic instruments from these areas as well as a full blown rock ensemble. This CD is a unique and powerful musical statement from the band.

Band leader Scott Jeffers has traveled extensively through foreign lands to gather inspiration for the Traveler project. Composing most of his songs while surrounded by the people, sounds, sights, smells and landscape of these faraway places brings a true authenticity to the fusion.

Traveler’s sound is an innovative, new fusion of World Music and Rock. Using traditional ethnic instruments combined with all the power of a full blown rock band, their performances are intense, exotic and adrenaline-driven.

Scott Jeffer’s is composer and band leader. His own Lebanese heritage and American upbringing has inspired his vision to fuse elements of ancient ethnic music with rock.

He has traveled extensively through foreign lands to gather inspiration for the Traveler project. Composing most of his songs while surrounded by the people, sounds, sights, smells and landscape of these far away places brings a true authenticity to the fusion. Known for his fiery and passionate violin and vocal performances, Scott’s commanding presence onstage adds to the trademark power of the live Traveler shows. He also brings traditional instruments from his journeys to the stage; Bouzouki,a traditional Greek stringed instrument and an Arabic Oud, an ancient predecessor to the guitar.

The real magic of a Traveler show is in the connection they make with the audience. They give a high energy , passionate performance that draws the audience in, perhaps by the combination of the cultural connection people have to the ethnic sounds of their own heritage and this music that is so unique. For whatever reason, people are always moved to their feet, and drawn closer to the stage to be part of the experience.

They also perform regularly in Arizona, where the band is based.

Newest CD releases are available at the "Traveler On-Line Store":