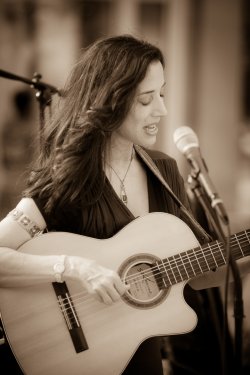 United States
Tracks
Videos
Photos
About
ABOUT
Phyllis Chapell performs a unique mix of originals, folk, jazz, pop and international music, including songs in up to 13 languages from the U.S., Brazil, Latin America, Europe, Africa, and the Middle East.

Phyllis Chapell has performed in concert throughout the U.S., in Brazil, Latin America, and Europe. She has released 2 solo CDs, and 4 CDs with her internationally known world jazz ensemble Phyllis Chapell & SIORA. She has produced multiple videos and in 2015, released a new CD with Emmy-award winning composer/producer/filmmaker Rodney Whittenberg.

Phyllis Chapell has been named as one of the top 500 jazz vocalists of all time by Scott Yanow (Down Beat, Jazz Times and AllMusicGuide). She has also won song competitions for her original music; and was chosen to be one of Indie-Music’s Top 25.