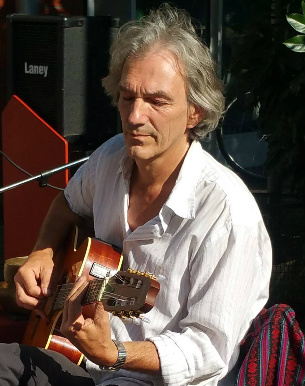 Along the river, La Meuse in France, lies the inconspicuous village of Domremy. The only important thing about this village is, it is the birthplace of Joan of Arc. The old Church and her house are still there as they were around the year 1400. The simplicity of both buildings is impressive. And the Meuse valley that you overlook when you look down into the valley and see the wide, fertile, quiet and light...it is beautiful.

I have read several legends about her, and wanted to write about the human being Jeanne, or better yet how she listened to her intuition, at a time when that was not allowed. She did it anyway, bravely and naturally. It cost her her life.
At that time there were people who believed that thoughts and ideas could be made disappear by killing the bearer of them... As the years went by, histor viewed Joan of Arc differently and a Basilica was built in honor of Jeanne near her village.