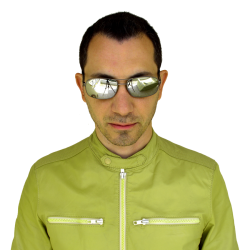 
See all tracks (3)
Follow
Send Message
About
Behind the Open Source project is Angelos Mavros from Athens, Greece.

Angelos began making music in 1999 under the alias "OutSid3r" and has been constantly enhancing his outputs ever since.

In 2004 he started releasing music under the name "Open Source", as he switched from trackers to a professional DAW. All of his productions include prominent melodies and d... more