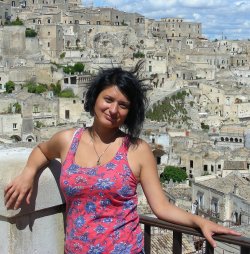 VITAL, FROM THE ROOTS 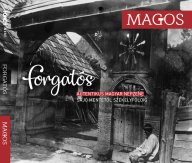 Magos means the core. That is, at least, how Google translated it from Hungarian. Even if this was not true, we have the freedom to consider this group of excellent Hungarian performers, well established on the Budapest táncház scene, as the core, the essence of something, which can be described as the music itself or the living music tradition. Magos is making old village music alive, sounding powerful and desirable, and as the Forgatós album listener, you will find yourself in a timeless passionate embrace with tradition. Embrace with irresistible shrieking violins, warm scraping of viola, raw accordion, chatty cimbalom, sharp double bass part, melancholy flute…

The medley in the track 7, ˮVerbunkosˮ, carries some of the most exciting moments where variety of instruments are lined up and united. There is a lot of military exellence, in line with the notion of verbunkos, but also one incredibly sensual episode, during which the whole body vibrates from the power of all used strings and bows. This cannot be played by an ordinary musician. For such an authentic interpretation and rapprochement with the Hungarian sound of Romanian Transylvania, it is necessary for the ears to pass through the ground, where others have passed already (not only the famous Bartok) and recorded, immortalized their ethnomusicological adventures. And then it is desirable to let legs walk the same, parallel or transverse paths, listening, recording and absorbing local music styles and temperaments on the way. Just like Magos does.

The Forgatós album is in the shape of the beauty of field research, since it is based on recordings by various collectors of folk music. The group’s special dedication goes out to Zoltán Kallós, a great folklorist, who died three months before the release of the album of Magos, and it is interesting that in the same period, Fono label released another remarkable album inspired by Transylvania – Hozomány, by the singer Ágnes Herczku, with also a distinguished value of Kallós's name and work. But let's not wander off the Forgatós disc. In the great CD booklet we see that there was direct contact between these musicians of the younger generation with the bearers of the tradition, seeing among others the colorful face of Aladár Csiszár, an old violinist from the Mures region in Transylvania. A perfect school for those who want to learn the proper way.

That's why Magos sounds so good and could be celebrated with a performance that does not need a human voice to empower it. Could be, unless the singer is Ágnes Enyedi with her bright, a solemn vocal, able to raise a person in a spiritual way. She shines in those distinguished exclamation vocal moments in the Hungarian tradition, which transform the listener at once into a cheerful fan of village fairs. To this ambience I would like to place myself, searching for the essence and listening to Magos.

The members of the band are: