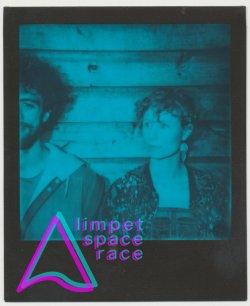 United Kingdom
Tracks
About
Half Light
by Limpet Space Race
Influence: West European , North American
Genre: progressive pop, triphop, altpop, alternative, prog pop, ambient, chill
share
repost
comment
buy
add to favorites
About "Half Light"
Rolling fog behind my eyes, head is under shrouds.
How can I think blue skies when my memory’s in the cloud?

Only thoughts of thinking fill my head so full.
Yet the point is still missing and I’m still not indistractable.

Waiting for the haze to clear, scattered hours on trains.
The forecast in my stratosphere says there’s only little chance of brain.

Rolling fog behind my eyes, head is under shrouds.
How can I think blue skies when my memory’s in the cloud?

Memory through a fish eye lense. Detail left behind.
Faces fades of lovers, friends. I’ll just run away with my mind.


About losing your memory and losing the ability to concentrate and think in a age of information overload. Mood is kind of floaty but also heavy and grungy. The sort of feeling of being in a fog and trying to fight your way out of it.
credits
released February 8, 2018
Written & performed by Hannah Jacobs & Nicholas O'Brien.
Lyrics by Hannah Jacobs.
Recorded & mixed by Nicholas O'Brien.
Produced & released by Upcycled Sounds.
Cover artwork by Siobhan Cox.