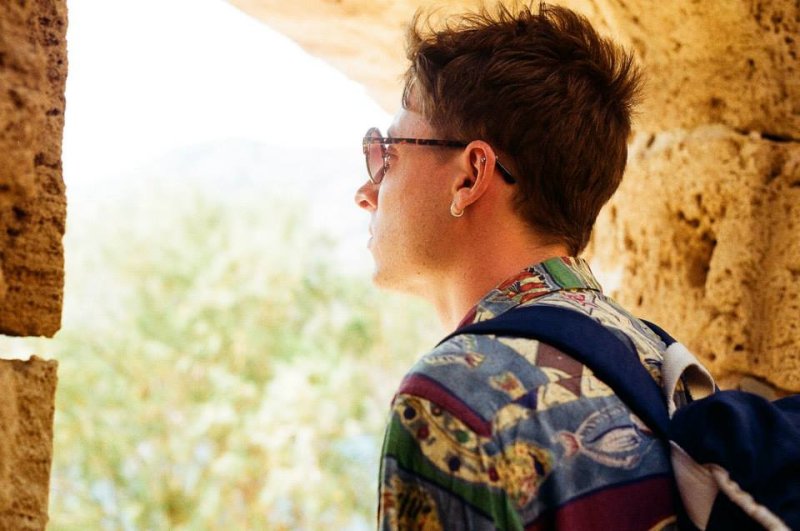 Do good albums come to those artists who wait? Returning from an extended period of research and experimentation in Malian communities across Paris, Ludovic Navarre, or St Germain, certainly waited. His new eponymous album comes as only his third selection in 20 years, demonstrating a profound shift in tone, and genre hybridisation. From representing a previous pioneer in blending jazz and house, St Germain instead represents a dabbling in the semi-saturated sounds of electronic Afrobeat.

Is it unfair to expect another redefining masterpiece from Navarre? Should St Germain be judged in relation to other African experiments today or be critiqued against his former brilliance? Whilst his recent instalment is crafted with the same intelligence and fine brushstrokes, analysing the album from both these perspectives left me impressed, yet not bowled over. At its core, St Germain is still an album built around deep house basics. Yet whilst the shuffling tempo and reliance on repetitive, gradually hypnotic grooves confirm that you’re listening to the same artist calling upon various schools of mellow electronica, funk, jazz and R&B, as he did on his 2000 world-wide breakout hit Tourist, on every other layer Navarre is exploring new territory. House rhythms are largely absent and are instead replaced by a blend of jazz rhythms and Malian instrumentation. These are complimented by samples of piercing moans, key vocal phrases and guitar bits by African-American blues legends as a counterpoint to the infectious electronic environment.

Most tunes on St Germain are organized around short recurring guitar riffs and bloblike single-note bass textures. Their predictable steadiness inspires the others to go in the opposite direction, shattering the poised setting with impassioned vocals or equally raw guitar cries. Navarre has tapped into core ideas that have served African musicians for generations.

The highlight of the album for me, and perhaps why I believe it could offer so much more, is the first track Real Blues. A truly blues-anguished Lightnin’ Hopkins vocal sample is brought together with a brilliant balafon solo, drums plucked from Afrobeat and Navarre’s signature slow rolling introduction of synth. Real Blues states from the outset that even in his reinvention, much remains from St Germain’s previous work; now, rather than dig for rare groove jazz for his source material, he’s dug into the music of Mali. It wets the appetite.

Yet your appetite is only partly-satiated. Two songs to get your teeth stuck into are Voilà and How Dare You. Voilà shows how St Germain exploits the contrast between the momentary disruptive event and the steady ongoing loop. As the track winds down, there’s a stunning whirling-dervish guitar improvisation from Kouyate, a moment that feels solidly African. Right after that, Navarre brings up the percussion, catching up with a half-sung, half-chanted vocal from Malian singers Nahawa Doumbia and Fanta Bagayogo. And when the tune ends we’re a continent away, at a festival of shakers and rattles that feels lifted directly from a Rio samba parade - the percussionist, Jorge Bezerra, is Brazilian.

The kora then takes the lead on How Dare You, paying homage to Mississippi’s R.L. Burnside by nodding to his inimitable take on the twelve-bar blues pattern. Across Boulevard and Tourist, there was evidence for the blues being Navarre’s first musical love, and he toys with the genre on St Germain. It is no surprise that tracks with these injections of blues in St Germain, a continuation from previous albums, represent the picks of the bunch. Yet, in places, these combinations feel too crowded, failing to balance immediacy with depth quite as effectively as Tourist. So whilst St Germain can be seen as an intriguing yet hit-and-miss departure from his previous duo, how does it line up in a growing line of Afrobeat “experiments”?

Since 2000, Western all-sorts have flown first-class to Mali or elsewhere in western Africa to collaborate with artists like Tinariwen and Amadou & Mariam. From Damon Albarn and Brian Eno, to Yeah Yeah Yeahs and Amp Fiddler, many have sought this fusion. However, in burrowing into the music of West Africa, and spending time in the Mailian communities of Paris, Navarre has created something different.

Drawing on the talents of kora player Mamadou Cherif Soumano, the fleet-fingered guitarist Guimba Kouyate, and Brazilian percussionist Jorge Bezerra, St Germain has discovered a way to do something quintessentially St. Germain. He has managed to devise loops that serve as a backdrop for heated instrumental ad-libbing from Kouyate’s guitar, and traditional Malian instruments like balafon and kora. He’s said it took him six years of full-time work to create this eponymous new album. Whilst it hasn’t fully worked, it is inspired.

Depending on your taste, as with Tourist it is possible to feel the combinations in St Germain are a little too smooth. It is also possible to feel uneasy about a European appropriating African musical styles. But Navarre is clearly a conscientious producer with an ear for detail, and the music here is rich and can neither be defined as exploitative, nor patronising. Because it is a different fusion, the opposite of run-of-the-mill, Navarre is more the maverick apprentice to the likes of Kouyate, rather than the dreaded music mugger.

Fifteen years ago, Ludovic Navarre brought jazz and house music together in a way that was easy to listen to and difficult to get out of your head. Yet trends in dance music have moved far beyond the realms of nu-jazz and downtempo and Navarre recognised that he couldn’t simply return to his nascent atmosphere. St Germain needed St Germain for this reason.

The maestro has not lost his touch, but not everything that he turns his hand to here comes off. Yet when the blues and Mali happily marry mellow electronica, funk and jazz in certain snippets, the results are characteristically spectacular, doing more than enough to preserve St Germain’s reputation as an electronic musician of rare complexity. A long-standing criticism of loop-based music has been that its repetitions rarely elevate, much less soar. Continuing to pull off convoluted ideas with crispness and flair, St Germain’s St Germain elevates at times, and when it does, it soars.