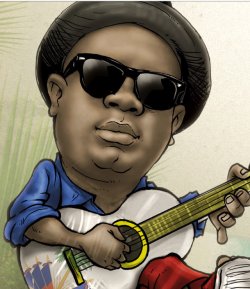 
See all tracks (2)
Follow
Send Message
About
As a singer, songwriter, musician, and performer, Gregory Telfort found his passion for music while growing up in Bahon, Haiti. His success landed him in one of the biggest music capitals of the world- New York City.Gregory Telfort is a phenomenon in the arena of Compas whose versatility has gained him popularity in the genre of Reggae and Love Ballade. Gregory’s music is the natural expr... more
Influence
Caribbean
Latin American
Genre
world
Other Pages