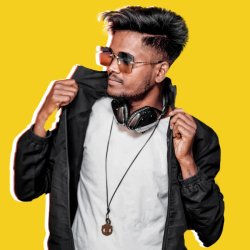 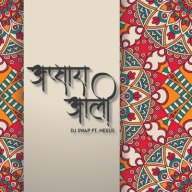 J Swap India is a musician (born 14 June 1996) is one of Pune Maharashtra's leading male DJs. he is the youngest DJ in town. began his Djing career in 2015. DJ Swap India with knowledge of Bollywood audio and electronic music has his hands on almost every genre of music.

DJ Swap India is the youngest DJ in Pune Maharashtra. Born to Pune Maharashtra known for EDM, House, Moombahton, Techno. started his manager in 2015. He also started making songs from 2015 when he recently released his 6th song "Trap Apsara" In this song which he did again with a real mix.

Follow
Send Message
About
Swapnil Adhikrao Waghmare known as DJ Swap India by profession name, DJ SWAP INDIA (Born June 14, 1996) is a Pune based Disc Jockey, Music Composer. He Started his Journey as a DJ/Music Composer at a very young age, However his DJing Career only Began in 2015. He having an experience of around 6 years. DJ Swap is a Indian DJ, musician, composer and Internet sensation who has more than 100K tota... more
Influence
India
Asian
North American
Genre
hip hop, house, edm, bollywood
Other Pages