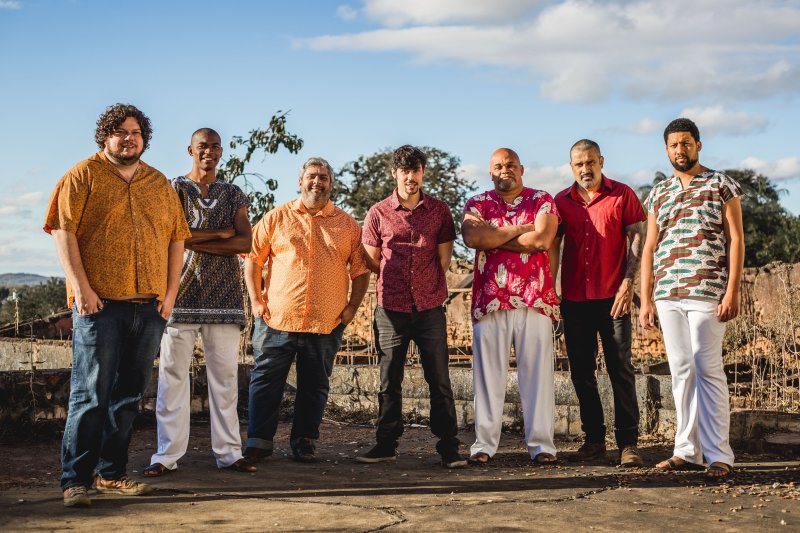 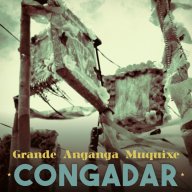 The Ancestry is one of the main strenghs of Afro-Brazilian’s culture, that they cross and link generations through the stories and biliefs of black people. To honor the greats Masters of afro-brazilian culture, guardians and responsible for teatching this traditional knowledge, the Congadar release on Thursday, February 10th, new single. “Grande Anganga Muquixe” will be released on all streaming’s services and it’s part of the new album, wich will be released in April.
This is a traditional’s song on celebrations of Congado (a traditional folkloric/ rhythm of the countryside of Brazil), sung in a moment of making reverence to the black people past. Anganga (Anganga Nzambi), wich names the song, is a supreme entity of the Bantu people. “They’re most of the slaved people brought to Brazil, coming from Angola, Congo and Moçambique. They’ve an important participation in the cultural formation of the our country”, explain Carlos Saúva, vocalist and responsible for search a traditional’s songs of Congado to new album.
The verses of “Grande Anganga Muquixe” make a tribute to ancestors, those responsible for the transmission of ancestral knowledge. “Here in our state, Minas Gerais, interior of Brazil, our Grande Anganga is Chico Rei, the Master responsible for bringing to us the Congado’s celebrations. In his honor we celebrated all ours Masters wich keep alive the brazilian-afro culture”, says Saúva.
This song is a first released of secound Congadar’s album and it’s result of a big research with Masters of afro-brazilian culture, like Capitains of Congado’s groups. Like curators, they showed several traditionals songs of the brazilian folkloric, wich the band turned in 10 new songs to the album. “It was a wonderful dive deep inside of our brazilian culture”, said Saúva. With him, the band is formed by Filipe Eltão (vocal and caixa, it’s like a drum of Congado), Wesley Pelé (vocal and caixa), Giuliano Fernandes (guitar e musical production), Igor Félix (guitar), Marcão Avellar (bass) and Sérgio DT (drums).
The Band – Formed in 2013, released their first EP in 2015 and an album in 2019, “Retirante”. Black resistance is a trademark in the work of the band. The repertoire of the band values the congado from Minas Gerais, a cultural manifestation that remains alive in several communities all over the state. The songs emerged from revisiting marches of Congado, in addition to their own compositions, also inspired by the state popular culture.