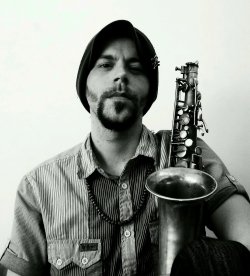 United Kingdom
Tracks
Blog
About
ABOUT
Cheb Semnil - real name Colin McDonald is a scottish saxophonist,pianist,composer and producer based in Leeds Yorkshire UK. Since the age of eight, Colin has been lucky enough to be immersed in a world full of music including the mediums of classical, jazz and in the last few years thanks to playing in a world music band Colin has found a great love for Arabic and North African rhythms.

Colin was classically trained on the clarinet at the Music School of Douglas Academy in Glasgow Scotland where he spent his entire high school years learning about music theory, hostory and mastering his instrument. At the age of 15 Colin then got a saxophone and instantly fell in love with it.

Colin was also in the National Youth Jazz Orchestra of Scotland for a number of his teenage years,which gave him a great thirst and love for Jazz and the chance to perform around the UK. He then made his way down to Leeds to study a bachelor of arts in jazz at Leeds College of Music and have taken many useful teachings out of his time there. For a few years in Leeds Colin was also resident sax player for a North African band who played Reggae, Rai, and European infused style music and encouraged him more to explore this aspect of his chosen discipline.

For the past couple of years Colin has been experimenting more with the electronica side of music,mixing rich arabic strings, melodies and rhythms with a modern twist in bass and drums to produce a very unique ethnic electronica sound. Colin is a member of UK Dub outfit "Celt Islam SoundSystem" formed and directed by Muhammad Hamzah,Colin is an artist of Mahanabay label based in France and an artist and DJ of Earth City Recordz an independent label based in the UK. In the future Colin wants to incorporate more saxophone into his electronica journey and is always excited to work with new artists and projects