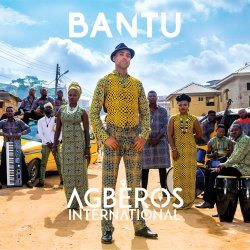 Nigeria
Tracks
Videos
Photos
Blog
About
Afropunk
by BANTU
Influence: African
Genre: afrofunk, afrobeat
share
repost
comment
buy
add to favorites
About "Afropunk"
Bantu kicks off 2015 with a brand new single titled “Afropunk”. The percussion heavy fast paced tune features a rich and highly defined sound and style without deviating from the musical curiosity and playfulness that has always been Bantu’s trademark. Never being one to follow trends, the 13-piece ensemble has been diligently working on a sonic representation of their musical vision, spending countless hours composing, writing, arranging and fine-tuning their musical ideas with a determination to come out with something confident, defiant and uplifting. Afropunk is a testimony to the new directional sound of their upcoming 5th studio album, which is due to be released in August 2015. The song was recorded live at Tasman Studios in Mushin, Lagos and produced & mixed at Rigmaroll Studios Lagos by Aman Junaid a sound engineer with a track record of production credits for artists such as TLC, George Clinton, Outkast & many more. The legendary Tony Dawsey was contracted at Phantom Studios New York to master the single, resulting in a powerful anthem that has been tried and tested live at the band’s monthly Afropolitan Vibes show.

Follow
Send Message
About
BANTU’s Music is the soundtrack of Lagos. The bustling megapolis which the band calls home serves as muse and backdrop for the sonic adventures on their latest release “Agberos International”, an album that celebrates and explores the complexities and contradictions of navigating daily life in the city of dreams and chaos. The 13 piece award winning BANTU Music collective, and... more
Influence
African
African
Genre
afrobeat, afrofunk,
Other Pages