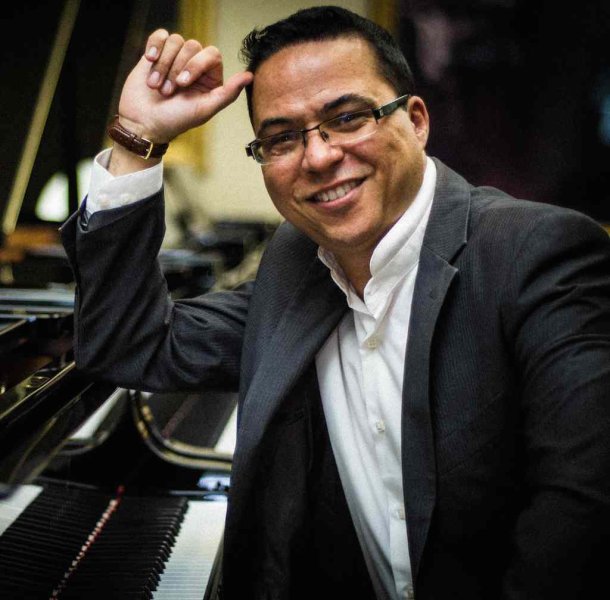 Aventuras Album Sampler
by Alex Wilson
Share
Buy
Influence: Latin American , North American
Genre: latin colombian jazz
About "Aventuras Album Sampler"
This recording project of Alex's takes the listener on a series of adventures around the Americas and the Caribbean, fusing improvised jazz with the folkloric musics of Colombia, Jamaica, Puerto Rico and, of course, Cuba - all driven by Alex's incendiary piano playing ....

To take you on this journey, Alex uses his six-piece powergroup which comprises :

Shanti Paul Jayasinha who is of British/Sri-Lankan origin. His versatile performance on trumpet, flugelhorn and hand percussion demonstrates his deep knowledge of the music of the African diaspora. Colombian percussionist Emeris Solis adds his Afro-Colombian tradition from the Choco area of the country, creating a unique sound in the latin jazz genre. Davide Giovannini from Trieste, Italy drives the whole album from the drum kit and is equally at home with timba as he is with mainstream jazz. Cuban-born, Rey Crespo, nails down the low frequency end of the proceedings and reaffirms the Afro-Cuban roots of Alex's musical style ... and of course anyone who has seen Alex live recently will have experienced the considerable artistry and power of vocalist Mary Pearce. Young gun Nathaniel Facey is added into the mix for two numbers Kalisz & Good Friends : with his searing alto saxophone solos he is a man on a mission - watch this space ....

The tracks on the album range from the percussively driven Currulao Cool and the solo piano led Irisi to the haunting tune Soldier (co-composed by Juliet Roberts) and the fierce burst of energy Kalisz named after the Polish city where the band performed on tour. Miles Davis' tune Solar is interpreted in the Cuban classical style danzon and the tune Good Friends is a salute to the artistry of Alex's colleagues in
Jazz Jamaica All Stars.

Aventuras is a testament to the vibrancy and diversity of the London music scene today and is a fresh perspective on Latin Jazz .... enjoy !!