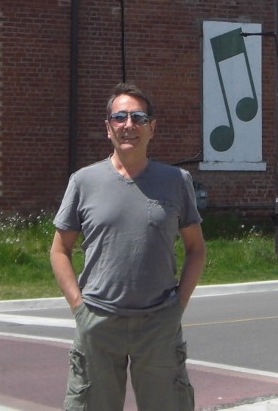 A little Paris in Bulgaria: Dominique Hourani hits it off with Ms. Hilton in Europe

Lebanese singer  Dominique Hourani  globetrotted her way to Europe for a lil’ mix of work and play. She inaugurated her country hopping tour with the 'Formula One' race in Italy. After watching the world’s hottest (in all meanings of the term) racers rush to the finish line, she continued on her journey to Cannes to change things up from cars to boats and yachts at an exhibition.

Dominique also got Papal with a visit to the Vatican, and took a living history lesson by touring the Roman ruins.

While she might be one of the most intriguing divas from the Middle East, Dominique made sure she met up with her American counterpart.

According to Laha Magazine, Dominique's trip also included a visit to Bulgaria where she met up with Paris Hilton. The two celebs made sure to have picture proof of their time together abroad.

Throwing a little work in to the pot, Dominique made time to hit up recording studios in Milan and looked over a number of new songs to throw into her next album.

The only downside to her VIP European adventure was getting robbed during her stay in Cannes. Her handbag and all her legal documents was stolen at one of the stores. Yikes!