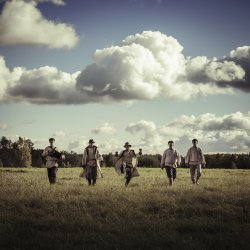 
See all tracks (3)
Follow
Send Message
About
The musical phenomenon called Zetod was born in 2003 as a youth band founded by Kristjan Priks, an alumnus of the Viljandi Culture Academy, in Värska, deep in the heart of Setomaa in Southeastern Estonia. The idea to have young Seto boys rendering their native culture in the key of pop rock seemed novel at the time and has led to a success never before experienced by arrangers of tradition... more
Influence
East European
Genre
folkrock
Other Pages