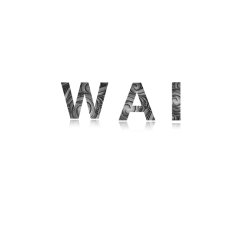 New Zealand
Tracks
Photos
About
Tirama
by WAI
Influence: Polynesian
Genre: electronica
share
repost
comment
add to favorites
About "Tirama"
Tirama speaks of Matariki which is the Māori name given to the Pleiades star system. When it comes into view it is commonly agreed as the start of the Māori New Year, generally around May or June. Tirama names some of the stars and also the
actions taken at the time of the Māori New Year.

See all tracks (5)
Follow
Send Message
About
WAI are a Porirua based family Māori electronica roots band that have being in existence for over 20 years. WAI perform entirely in Te Reo Māori with the poi at the forefront, creating the rhythmic skeleton which in turn is cloaked in electronica. In 1999 they created their first album WAI 100% for the memory of Mina’s Pāpā Ture Tangata. In 2010 they created their second album WAI ORA which was... more
Influence
Polynesian
Genre
maori electronica roots, poi driven phat beats
Other Pages