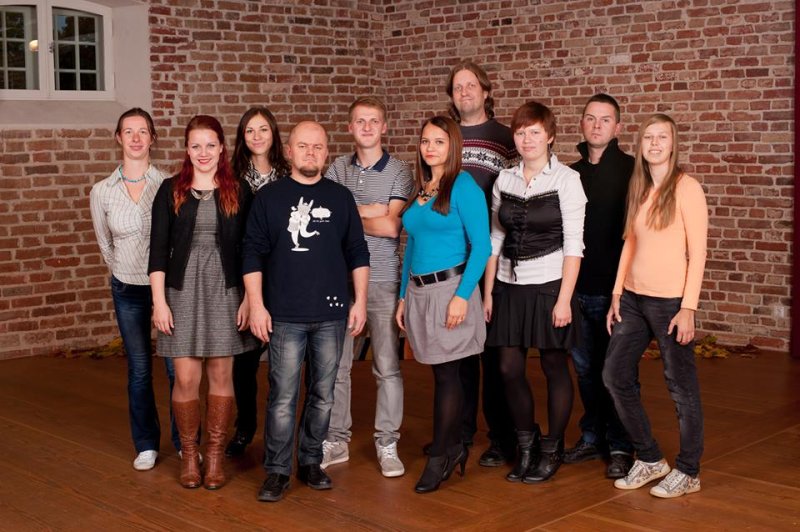 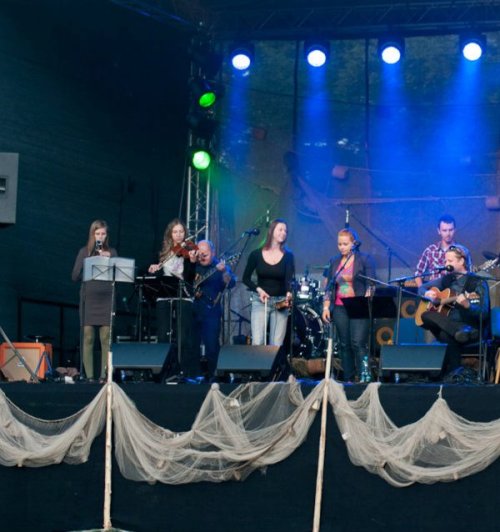 ABOUT
The band Tuulepuu ("wind tree") was created in October 2007 when it grew out of the Karksi-Nuia Music School traditonal music band Kunileid. Under the guidance of Margus Põldsepp they stopped using notes and concentrated on playing by ear. Initially, the band consisted of five members but during the following spring some of them left and were replaced with several young musicians. To prevent becoming an orchestra, they had to draw a line somewhere. They ended up with eleven members. They have rehearsed a lot and their repertoire has widened significantly. They can play beginning with lovely tradition songs and end up with hard folk-metal. In 2009 and 2010 Tuulepuu preformed at the Viljandi Folk Music festival, at the Regi Night in Tartu, at Viru Folk, Märjamaa folk and Hiiu folk, allso in Finland, in Sweden and several times in Latvia. In the end of 2011, Tuulepuu took a new course in musical style, now concentrating to ethno-rock style. That gave the band a new breathing and in 2012, they gave full-house concerts at Hiiu Folk, at Ostrova festial and in Karksi castleruins. The first album of Tuulepuu was released in January 2010, and it is called "Laia taevaliua sinal." The second album is in progress and to be released early in 2013. The band consists of: Margus Põldsepp (bellows, guitar, vocals), Kärt Leppik (vocals), Katri Mets (violin), Kaido Kadaja (guitar), Klaid Melnikov (bass guitar), Jan Viileberg (elec. quitar) Kaari Talvet (chromatic zither), Siret Suigusaar (chromatic zither), Birgit Viru (flute, bagpipe), Marju Varblane (bagpipe, violin), Kristo Joosep (drums).