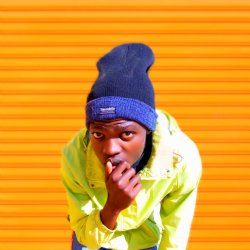 Zimbabwe
Tracks
Videos
Photos
About
New Whipp
by Troy Larmain
Influence: North African , North American
Genre: hip-hop/trap
share
repost
comment
buy
add to favorites
About "New Whipp"
This song is about a guy from a lower class who found him self in love with a Classy Girl who showed him love,care and honesty, she never doubted him or either judged him.


See all tracks (4)
Follow
Send Message
About
Musawenkosi Ndhlovu born(15/06/99)is a Zimbabwean singer,rapper,actor and producer professionally know by his stage name "Troy Larmain Morlin" ,he was born and raise in Bulawayo by both parents. He started his music career when he was at the age of 14,thats when he realized that he had a musical gift.In 2015 he joined a music group called Infinite Gang and they where known by their top singles"... more
Influence
African
East European
Latin American
Genre
afro pop, r and b, hip-hop
Other Pages