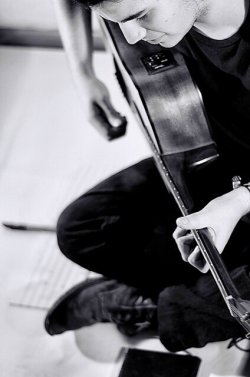 See all tracks (3)
Follow
Send Message
About
Tomás del Real is a young, talented Chilean guitarist and songwritter. He mixes a strong tradition of Chilean folk music with some influences of latin and european folk, as well as other styles like rock and jazz. This fusion style has been developed during a few years of traveling in South America, USA and Europe, and has inspired a fresh way of presenting the new folk music.
<... more