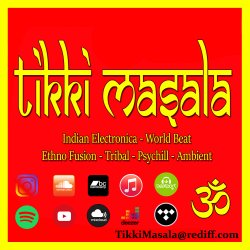 As a young boy, Hukwe Zawose's voice stood apart from the rest of his people, the Wagogo, who always sang while harvesting their fields. Soon he would travel to other villages to amuse working Tanzanian people. Later, having grown exponentially as a singer, he travelled farther and wider, leaving behind legends of his astonishing five-octave voice everywhere he went. He grew as a musician too, playing the ilimba (a large thumb piano), filimbi (a traditional flute), izezes (traditional violins) and nguga (ankle bells).
Zawose became sort of a living legend after being asked to perform for the prime minister, Julius Nyerere. Fantastic stories of mythical power rose, making Zawose an immortal and divine being; his voice possessed magical healing powers.
Despite his great fame he continued to live his life traditionally with his four wives and fifteen children, one of whom, Charles, was his constant companion on stage. Hukwe Zawose is considered a pioneer and one of the most famous musicians in the world music scene. More
In Groups:
Bagamoyo Group Of Tanzania, The Master Musicians Of Tanzania
Variations:
Viewing All | Hukwe Zawose
Dr Hukwe Zawose, Dr. Hukwe Ubi Zawose, Dr. Hukwe Zawose, Hukwe Ubi Zawose, Zawose, Zawose

Hukwe Ubi Zawose was a prominent Tanzanian musician. He was a member of the Gogo ethnic group and played the ilimba, a large lamellophone similar to the mbira, as well as several other traditional instruments. He was also a highly regarded singer. Wikipedia
Born: 1940, Bagamoyo, Tanzania
Died: December 30, 2003, Bagamoyo, Tanzania