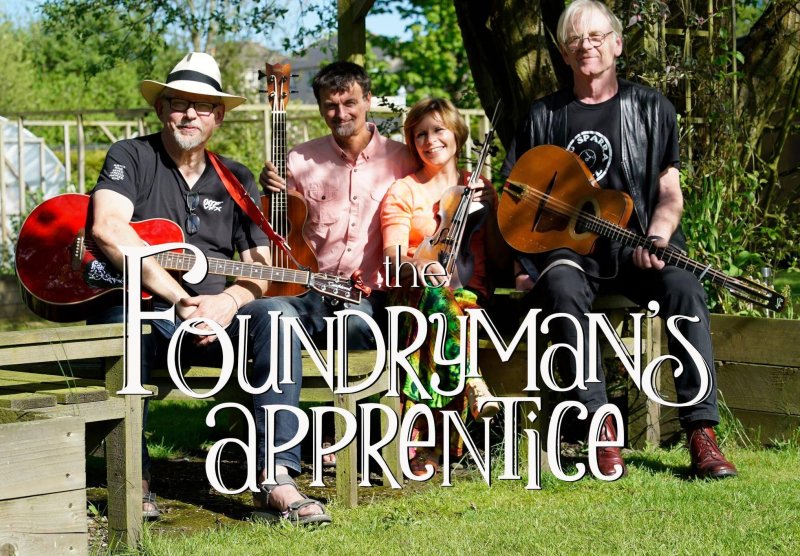 Although a performer for over 30 years including two performances at The Glastonbury Festival in 2007 & 08, Simon came relatively late to songwriting having written his first song in 2008. Performing his own material initially as a duo with guitarist Ron Rodger, Simon soon began 'collecting musicians' - calling firstly on players from his time as a Jazz & Blues vocalist.

During 2011 the first incarnation of The Foundryman's Apprentice began performing as 6 piece outfit. Together the band recorded the EP 'The Pawnbroker' released to very positive reviews in 2012 including BBC Radio 2's Paul Gambaccini "Music which should to be taken seriously"

In the following years the second incarnation of the band released the album 'A Different Kind of Love' and performed to very enthusiastic audiences at a variety of events and venues including the 2013 & 2015 Wickerman Festival and Celtic Connections.The existing "Vibrant Folky - Jazz Vibe" was further enhanced by the addition of the legendary Gypsy-Jazz Bouzouki player John Duffy and his distinctive vocals.

The Foundryman's Apprentice Line up :

In The words of South Queensferry Radio; " The Foundryman's Apprentice - Probably the best band you've never heard, but the future is bright"