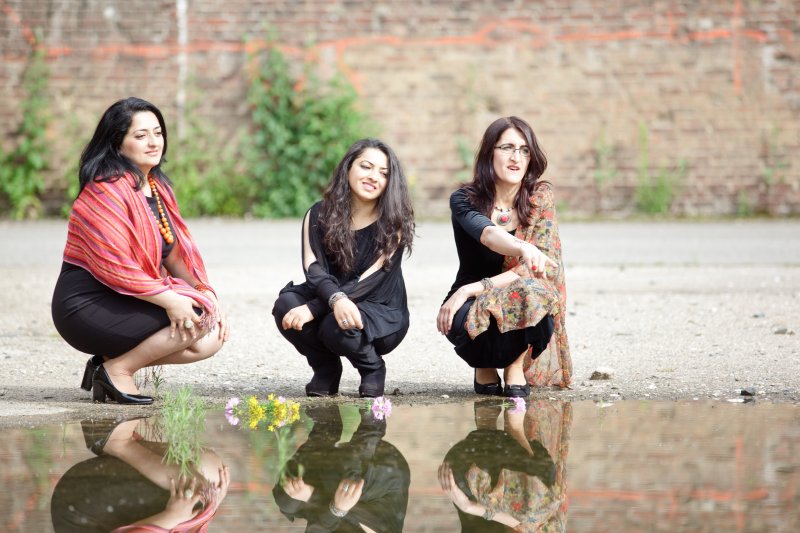 All Rights reserved by TRIO MARA.

Mara draws from the rich treasure of traditional Kurdish songs. They express them anew in their own particular way by contrasting classical and contemporary music. Presented in a way only women can sing them these songs turn into a great experience.

Sakina
SAKINA began her career self taught, as an autodidact, before she received professional education and voice training.
In the 90′s she was a member of the Mesopotamian Culture Centre, a Kurdish artists association based in Istanbul but acting throughout all of Turkey. Its members suffered various reprisals by the government because of their Kurdish lyrics. Some of them paid their artistic dedication with their lives.
During this time she organized many (due to the government led forbiddance of the Kurdish language until the late 90s) illegal concerts, until eventually she was forced to flee.
She continued her work in Armenia, Syria and Kurdish-Irak.
Currently she is living in Vienna.
Since 2008 she has become increasingly involved with human rights issues in particular women’s rights issues.
She views her music as a way portraying the life of people in the Kurdish regions. She realizes this with a sensitive performance of striking melodies by which suffering and melancholy, courage for life and yearning become palpable.

Naze Isxan
Naze Isxan began to play piano at the age of six. The pianist graduated from the Rimsky-Korsakov Conservatory in Krasnodar as a concertmaster and music teacher. Since the end of the nineties, she has given concerts in Russia at first and since 2001 she also appears on a regular basis in other European countries.
She has a passion for Kurdish music that she would like to introduce to a wider non-Kurdish audience in her concerts. Therefore, she also arranged traditional Kurdish melodies for piano and published the first Kurdish music book for piano in 2004 (Evina Kurdistane - Bona Pianoforte).

Nure Dlovani
Nure Dlovani is a solo violinist who also works as a teacher for violin and piano. She received her professional education at the conservatories in Moscow, Erevan, and Frankfurt.
Her repertory is rich and comprises classical music and pop as well as sound tracks or crossover performances with the New Philharmonics in Frankfurt. She also works with a variety of well-known Kurdish musicians both in the studio and as a solo violinist in live concerts.