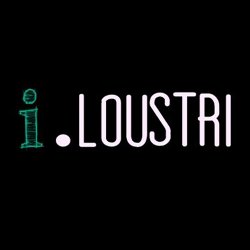 Greece
Tracks
Videos
Photos
Blog
About
ABOUT
For years I was rambling in Western Europe and I felt the need to hark back to what was fascinating me more: The music and the culture of the region I was born in and grown up. Rebetika, Greek traditional music, contemporary Greek composers and poets. During my attempt to find out more about the above-mentioned sources, a pathway to Anatolia was revealed. Therefore, I was harking for any sound coming from the East.I can’t really recall but it has to be the year 1999. Since that year I was calling out at the Eastern side of the Aegean Sea asking for a name. A name of the one who was sending wonderful sounds to the other side of the Aegean Sea. To the west.“Who are you?”, I asked. I barely was able to hear a voice of a young woman, between the sounds of the sea and the wind, telling me that her name was Görkem. To her mutual question about who I was, I answered:“my name is Yannis and I am singing and playing Greek music”.The wind was whistling and the sea was plashing making it hard to hear the sound we were seeking. There were other interferences too, which made our communication difficult. Like nationality, religion and misinformation about each other’s intentions. We had to get closer in order to hear better and understand one another. This is how, metaphorically speaking, the core of the Saoulis Ensemble was formed.Since then time passed. Our ensemble took various forms according to our aesthetic needs which were dictated by the material we were working on, whether it concerned composing and producing music for theater, cinema, albums or live performances.It was enriched with the talent and the same passion of our friends, musicians from both sides of the Aegean. Some concerts or recordings required 14 or even more musicians . On the other hand, sometimes only “the core” (me and Görkem as soloists) represented in a philharmonic orchestra the common elements of the cultures around the Aegean Sea, blending in that way the sound of East and West.We composed and produced music for:the Istanbul Theatre – Troilus and Cressida (Awards: Afife Jale, and Lions)

The Saoulis Ensemble gave concerts in Greece,Cyprus,Turkey, Europe presented and produced radio shows in Turkey called “Egenin Köprüsü” (The bridge across the Aegean) at“Açık Radyo 94.9“(“Open Radio”) and we were presented in numerousTV shows in Greece, Turkey and Cyprus.Nowadays we are hard working on our new “stories”. We call each of our album productions and live performances “story” because it is a complete story containing our vision which is expressed through our music, graphics, texts and even the way it is packaged.

Live performance: “Aegean Sequence” (2016-2017)Short description: The audience is led through various spaces and times around the Aegean sea and sometimes even beyond. The “story” starts with a medley of instrumentals (Yannis’s own compositions, Manos Hadjidakis’s film scores). Afterwards the audience is invited to a musical journey across the Aegean. From Istanbul of Yasar Arsoy and George Bajanos (early 20th century) to rebetika songs of Athens, Peiraieus, Thessaloniki, Izmir e.a. during the years 1920-1950. Hereafter the journey goes back and forth on bridges across the Aegean and Black Sea, reaching Azerbaijan of Rashid Behbudov and the music tradition of Anatolia and Greece. Finally, we altogether (musicians and audience) are landing back in our space and time through music of contemporary art music.The Saoulis Ensemble has two formations (6 and 8 musicians).1. Vocal – Kanun -percussion2. Vocal – Bouzouki’s3. Guitar – backing vocals4. Accordion5. Upright Bass6. Percussion – Vibraphon——————————–7. Violin8. 2nd Bouzouki, mandolin, ud

Follow
Send Message
About
For years I was rambling in Western Europe and I felt the need to hark back to what was fascinating me more: The music and the culture of the region I was born in and grown up. Rebetika, Greek traditional music, contemporary Greek composers and poets. During my attempt to find out more about the above-mentioned sources, a pathway to Anatolia was revealed. Therefore, I was harking for any sound ... more
Influence
Mediterranean
East European
Mediterranean
Genre
rebetika, greek, turkish, folk, world
Other Pages