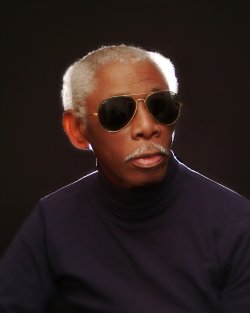 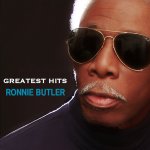 Music pioneer and icon Ronnie Butler, has penned, performed, and recorded many widely popular songs that have come to define indigenous Bahamian music.  As a part of our The Bahamas' 40th Independence celebrations, the Greatest Hits CD was release released today. The digital album is available for purchase on iTunes , CDBaby , Google Play  and Amazon mp3  for just $9.99.  For the first time ever, fans living abroad will be able to purchase a complete Ronnie Butler album online. The digital release features 13 of the legend's greatest hits including "Burma Road", "Age Ain't Nuttin But a Number", and "Bahama Rock" plus two bonus tracks - the popular "Look What You Do" and an early recording of traditional calypso tune “Big Bamboo”.  Ronnie's greatest work, spanning over 15 records, is finally available on one must-have album! For 10 years, starting in 1973, he played  Ronnie's Rebel Room at Anchorage Hotel. Many of the same hit songs featured on the digital album were performed in front of audiences from around the world. Some have also been featured in films including Tyler Perry’s Why Did I Get Married Too . Distribution for Ronnie's music, known for its goombay, calypso, latin, soul and junkanoo fusion, has evolved alongside music technology, making the shift from physical CD units to electronic albums.  This special collection, a celebration of music evolution and appreciation, is a timely gift to the Bahamian people at the time of our 40th Independence celebration. Greatest Hits is the ultimate collector's item, Bahamian music album, and Independence soundtrack. The digital album booklet can be downloaded at any time from getmusicpro.com/new_releases .  more
Follow
Send Message
About
Ronnie Butler(born 17 August 1937) is a famousBahamiancalypsoand rake n scrape entertainer and singer. Butler is referred to as "The Godfather of Bahamian Music" and his career spans more than five decades.

Butler, began his career in music at the age of 16. He has performed in Bahamian local nights spots such as Ronnie’s Rebel Room, the Rum Key, Big Bamboo, the Trade Win... more