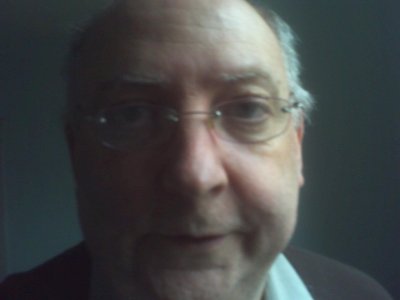 Modular Synthesizers And The Garden of Eden

June 06/18/21, 2021
Incorporating the sounds of energy with field recordings, Bart Hawkins has created VISION OF EDEN, a meditation inspired by the ancient story of the Garden of Eden. Creating a concept album is about forming a musical vision that ties all the tracks into a cohesive story. In this new album, there are five visions that take the listener on a musical journey from the peace and unity found inside the Garden of Eden, to the serpent’s temptation of a ‘better' world of all-knowing power, to eating the forbidden fruit that contains a ‘virus’ of an illusionary world of separation and the loss of innocence. The last vision returns the listener to the garden with a message that the Tree of Life and its experience of the totality of unity has never left.

“I embrace the modular challenge to create my own unique sonic signature and to shape the character of that sound to tell a story in real time.” As with his previous albums, 21 Pulse Eclipse (also on Spotted Peccary Music), and self-produced album Last Ride in Leonardo Da Vinci’s Helicopter, Vision of Eden was created on a modular synth. “As a sound artist, using a modular synth is extremely freeing and challenging at the same time by creating, shaping and sculpting the raw sounds into a musical journey.” Using the modular synth as a musical instrument is a unique immersive experience unlike any I have experienced. It forces me to be open to possibilities and non rational exportations."

The opening track “Garden of Grace" immediately invites the listener into Eden’s otherworldly beauty. Warm chimes ebb and flow like a breeze through branches, evoking the latticed glow of sunlight through trees. Sounds of children playing echo through this expansive ambience.

"On the track 'Sidewinder,' I placed an electric guitar on my lap and weaved several forks and spoons between the strings to produce a hypnotic effect of the serpent’s temptation. On "Descent Into The Forbidden Fruit" I wanted to play with a single tone, how far can I push it and still be interesting and powerful? I wanted this piece to be like a ‘bad’ psychedelic experience, where you take a bite of the ‘fruit’ and the descent or fall into separation madness begins." It begs the question of old sages, are we hallucinating our separate reality right now as we continue to eat from the Tree of Good/Evil? A dream within a dream? An abandoned nightmare.

Vision of Eden draws its story from the book of Genesis, presenting this time-honed tale in a bold new format. Shimmering fractals of sound guide the listener from Eden’s peace to the world’s swirling creation to the Serpent’s temptation and beyond. Hawkins describes his vision, "Where the conscious and unconscious mind meet to create a playground where the totality of unity can be experienced, held together by the grace of the Tree of Life."

From the book of Genesis 2:16–17: "Of every tree of the garden thou mayest freely eat: But of the tree of the knowledge of good and evil, thou shalt not eat of it: for in the day that thou eatest thereof thou shalt surely die." The story of the tree of knowledge of good and evil, Adam and Eve tested by temptation and dangerous forbidden knowledge, has been found in the Talmud and the Jewish Kabbalah, in the Sumerian story of Enki and Ninhursag, in Greek mythology as the garden of the Hesperides; the term jannāt ʿadni ("Gardens of Eden" or "Gardens of Perpetual Residence") is used in the Qur'an for the destination of the righteous. Followers of the Latter-Day Saint movement believe that after Adam and Eve were expelled from the Garden of Eden they resided in a place known as Adam-ondi-Ahman, located in present-day Daviess County, Missouri.

Though his fascination with Genesis began in childhood, Hawkins’ recent move to a sixty-four acre ranch brought renewed inspiration. “Ever since I was a child, I have been fascinated by the creation story with the garden that contains the two magical trees of creation and a deceptively talking snake.” Hawkins continues, “As a child I wanted to be a herpetologist, as I had several boas, lizards and other reptiles and amphibians. I currently do not have any pets, but have plenty of wildlife in my backyard.”

While sitting under the trees at his ranch, Hawkins explains, “I was inspired by the dynamical relationship between the Tree of Life and the Tree of Good and Evil and the different ways they affect human life.” Here, Hawkins takes a familiar story into uncharted territory. Sometimes serene, sometimes harrowing, yet always immersive, Vision of Eden is a complex and dreamlike that thrums with the energy of invention.

The final track, “Dragonfly Speaks” (12:17) becomes a return to nature. An ancient healing drum beat with warm overtones in the background give way to bright shafts of light appearing and disappearing as sounds of fluting wings dance from ear to ear. Yet the temptation to take another bite from the forbidden fruit still lingers with tension. The natural attitude that consciousness is part of nature as experienced by the person experiencing it, which invites systematic reflection on and study of the structures of consciousness and the phenomena that appear in acts of consciousness. There is something magical about dragonflies, which were some of the first winged insects to evolve. Fossils of very large dragonfly ancestors in the Protodonata are found from 325 million years ago (Mya) in Upper Carboniferous rocks; these had wingspans up to about 750 mm (30 in). About 3,012 species of dragonflies were known in 2010, dragonflies live mostly in tropical areas from sea level up to the mountains on every continent except Antarctica, the Treeline Emerald Dragonfly also lives in northern Alaska, within the Arctic Circle, making it the most northerly of all dragonflies.

Some Pueblo, Hopi, and Zuni traditions associate dragonflies with transformation, and are said to refer to dragonflies as "snake doctors" because they believe dragonflies follow snakes into the ground to heal them if they become injured. "Dragonfly Speaks" is a return to nature. An ancient healing drum beat with warm overtones in the background give way to bright shafts of light appearing and disappearing as sounds of fluting wings dance from ear to ear. Yet the temptation to take another bite from the forbidden fruit still lingers with tension. The natural attitude that consciousness is part of nature as experienced by the person experiencing it, which invites systematic reflection on and study of the structures of consciousness and the phenomena that appear in acts of consciousness.

Modular synthesizers can convey the sound of energy with extended textural planes with some variant areas that provide contrast, imagine a winged Snake that communicates with the Earth Element or the great feathered Serpent Quetzalcoatl, from Aztec traditions. Among scholars who consider it to have been real, there have been various suggestions, frequently in the path as a healer who must undergo trials and tribulations takes the phenomena of stars, nova, supernova, quasars and gamma-ray bursts, the universe's highest-output energy transformations of matter and the objects of consciousness do not have to be a physical object apprehended in perception, it can just as well be a fantasy or a memory.

There is an old expression: “Be in this world but not of it,” (interpreted, for example, in the Book of John, in the Bible). Reflecting on this scientifically, Hawkins realized that for tens of thousands of years we are taught to observe and react. Repetitions of this process perpetually reinforce a reality in which we exist separate from the source, or eating from the Tree of Good/Evil. This self organizing pattern exists prior to any human awareness and serves both the structure and process of every living system. This separation "construct" becomes hardwired in our brains, thus we perceive and experience everything as separate, absent of source.

Thus humanity has built all social, political, religious, economic, scientific and any organizational systems entirely based on the human illusionary perception of separation. This limited perception of reality keeps humanity on the road to Hell that is paved with 'good' intentions. An endless fractal loop, an echo chamber, of our own making. Now how to put this into a musical form?

The album released on June 18, 2021 in a variety of formats available at https://spottedpeccary.com/shop/vision-of-eden/ as well as on Bandcamp and on streaming platforms worldwide; visit https://orcd.co/vision-of-eden for popular links.

About Bart Hawkins:
Electronic music composer and modular synthesist Bart Hawkins’ dedication to inner sonic exploration began in the early 80’s when his practice of Zen Meditation and love of the Berlin School style of electronic music launched him into a world of musical landscapes, sonic textures, and silence, sparking a spiritual awakening into the power of sound. His time as a professional film & video producer and cinematographer soon led to experiments with tape loops, delays, re-recording techniques, and the mixing of ambient sounds to create visual listening experiences. Now, diving headlong into the world of modular synthesis, Bart’s sonic creations guide listeners through an electric universe of sound, vision, and consciousness.

About Spotted Peccary Music:
Portland-based Spotted Peccary Music is North America’s finest independent record label with a focus on deep, vast and introspective soundscapes. For over three decades, the artists of Spotted Peccary have been on a mission to develop, produce, publish and release ultra-high-quality, deep-listening experiences that engage the listener and exceed expectations. Every release is carefully prepared in a variety of high quality formats from MP3 to high-res studio masters. Explore more than 165 titles and 45 artists at www.SpottedPeccary.com and www.AmbientElectronic.com.