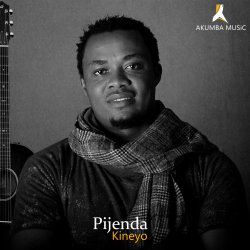 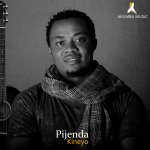 If there is one thing that musicians and artists loathe, it is being put in labeled boxes in an attempt to define their sound. Genres are a creation of Record Labels in a bid to find specific markets for their artists. This has, over the years, become a mixed bag of fortunes working in favor for those artists seeking commercial success and against the underground artists who are usually more concerned with just making good music. Whether it becomes a hit or not is usually secondary. We are in a world defined by all manner of awards, competitions and radio stations to make the super star grade – the things that define how many opportunities an artist will be able to access, such as concerts, brand endorsements etc. Therefore, unfortunately, or fortunately, depending on how you look at the subject, music genres and categorization of sounds is here to stay. The best we can do, is use this machinery to highlight new good music coming from Africa – that new music which has its roots in African Folk, Soul and Jazz sounds, which we often refer to as world music, for lack of a better more defined and better labeled box. One such purveyor of Afro Jazz, and Jazz Fusion, is Pijenda, a talent from the North West Region of Cameroon. Named “The Humming Bird”, Pijenda blends his unique high pitched voice with a soprano sax and Cameroonian-style rhythm guitar playing, to bring us the eclectic 8 track album entitled “Kineyo”, released via the US based World Music Label Akumba Music LLC. One listen through this debut album, and we can feel Pijenda’s powerful, soulful, confident presence. He is among the new breed of musicians that are pointing the way towards Afro-Jazz’s future as much as giving homage to its legacy. He is the type of musician that is pushing the boundaries of musical experimentation and expression and making it current and accessible to a new audience. Pijenda is a young man enjoying the work and collaboration around him. As a child he used the native West Africa Flute to transmit the rich cultural and ethnic sounds from his environment, which led him to later pick up the guitar and blend it into his acute musical style. It is said that good music entertains. Great music makes you feel a truth. The best music does both. After listening to tracks like “Talali”, “Kineyo”, “Owofu” and “Mundwa”, the audience can be assured that Pijenda has the capability to do both. Singing in Chrambo, a language spoken by the Ngoketungia people, Pijenda excels in the scat style, creating extremely precise and nimble vocal arrangements, combining voice and sax, with teasing tones that keep the 4/4 and 6/8 rhythms on its toes. Pijenda’s voice is pure sound, pure feeling, pure like a saxophone is pure, like a young and transforming heart is pure as it seeks a better world. I do not obviously understand the lyrics to these songs, but to be sure, Pijenda’s message is his music, but it is also his unflinching desire to turn the negative into a positive that inspires his performances. Like many artists from his continent of origin, I would imagine that delving into the very roots of black music, Pijenda uses spirituals as a source of inspiration, reflecting faith, resistance and resilience. Thankfully this music was allowed to reach our shores via the extraordinary work of AKUMBA MUSIC LLC, an Afro Jazz and World Music Label based in the US, focusing on blending African rhythms with jazz. Aside from producing Pijenda’s debut album, at the end of 2016, the label produced another pair of artists: Achu Normad’s album “Alieh” and “Right Perspective” an album by Wazih. These recordings are available on iTunes, Spotify, Amazon, CDbaby and all major music sites. Official Links: Facebook: https://www.facebook.com/Akumbamusic Website: http://akumbamusic.com/album/kineyo/ Twitter: http://twitter.com/akumbamusic more
PHOTOS 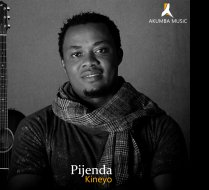 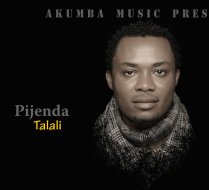 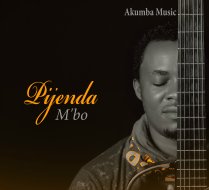 M'bo
See all photos (4)
Follow
Send Message
About
this Artist " Pijenda he Humming Bird", hails from Ngokentugia in the North West Region of Cameroon and Sings in Chrambo. He blends his smooth and Uniquely beautiful voice with a Soprano Sax and Cameroonian-Style Rhythm guitar playing. The whole ensemble plays with a horn section, which Solidifies the Jazzy nature of the African 4/4 and 6/8 rhythms.