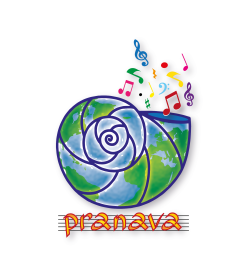 France
Tracks
Photos
About
Sarakha Vina
by PRANAVA
Influence: Scandinavian
Genre: ambient, jew's harp, lapland, shamanic, spiritual
share
repost
comment
buy
add to favorites
About "Sarakha Vina"
This bewitching chant is a tribute to the Samii people, of which the composer Mari Boine was the spokeswoman. Built on a epure harmony, it gives pride of place to vocals and percussions.


See all tracks (11)
Follow
Send Message
About
PRANAVA band, formed in 2017, was born from a meeting between 4 french musicians from different backgrounds. Passionate about world music and eager to convey its treasures, the band performs on the French Riviera scenes. Its repertoire is made up of bhajans, traditional songs from the Native American, Amazonian and African communities.
His first album was released in 2020. more