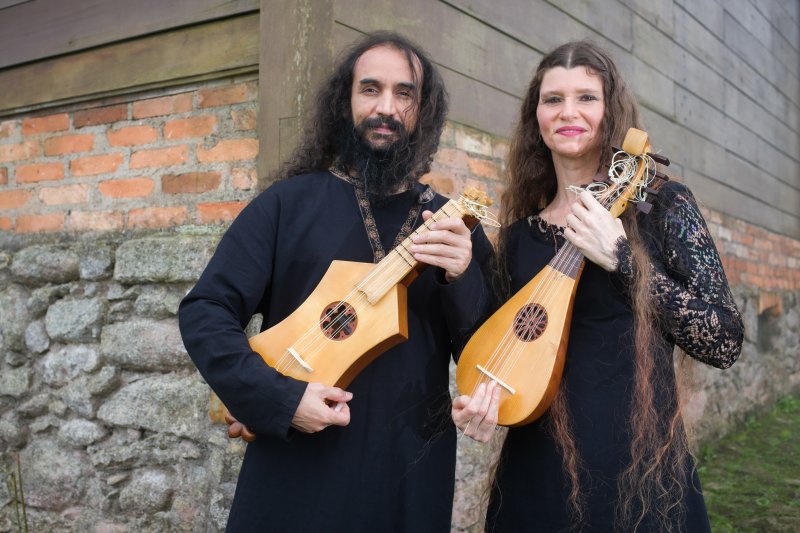 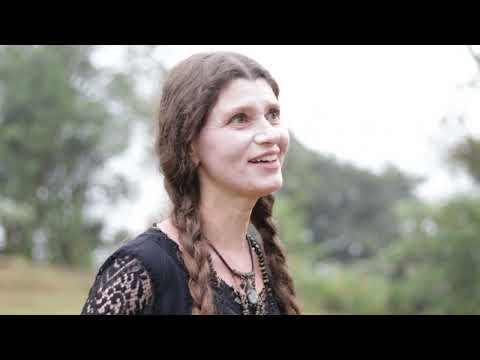 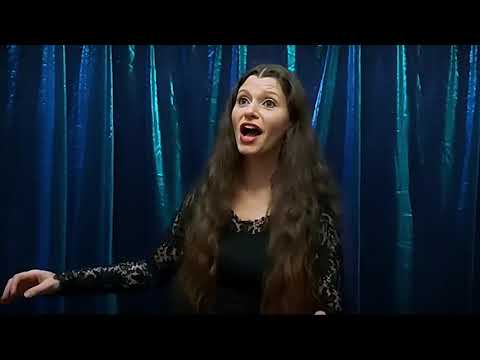 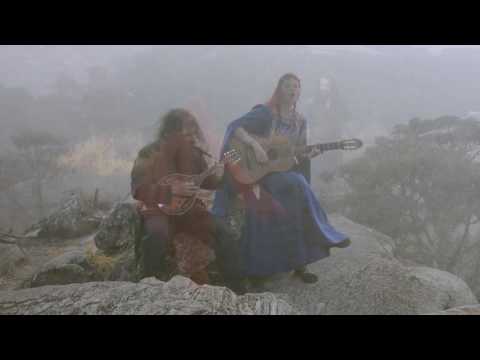 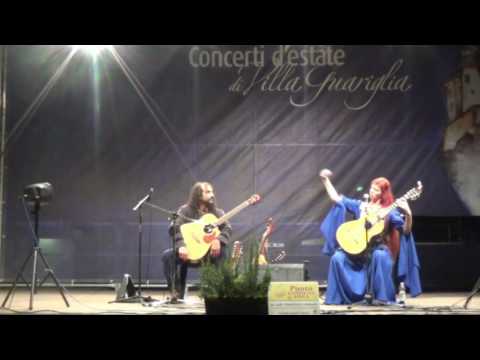 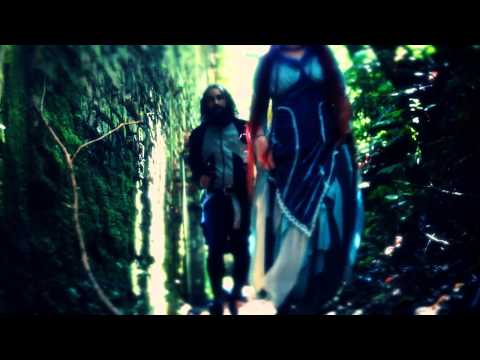 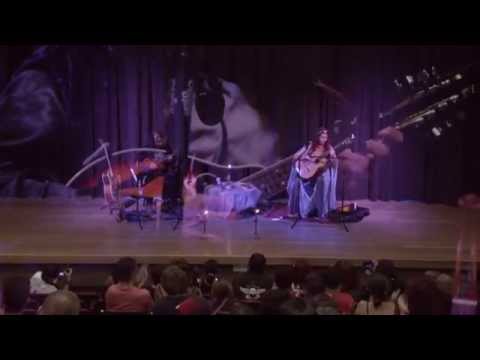 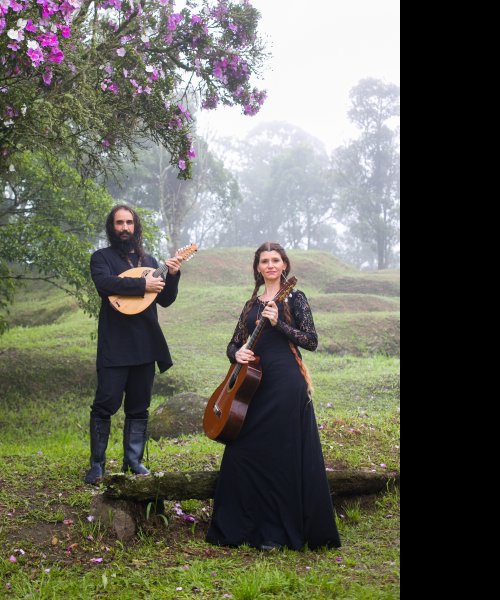 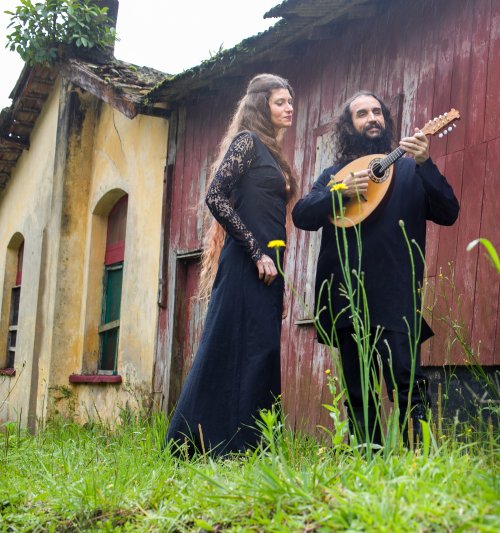 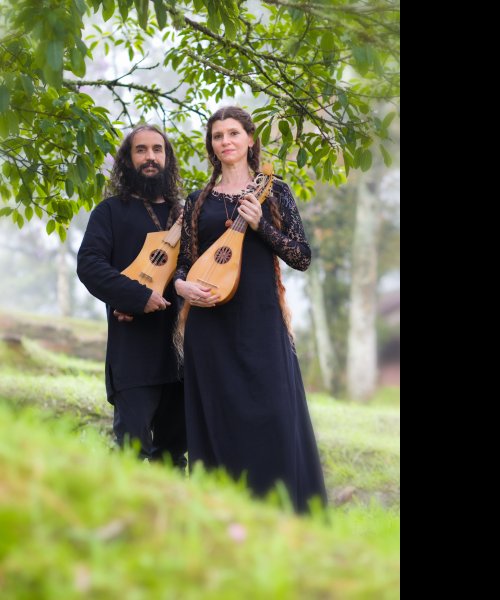 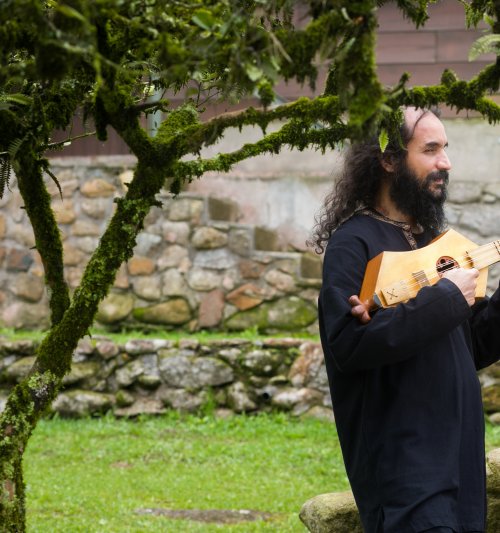 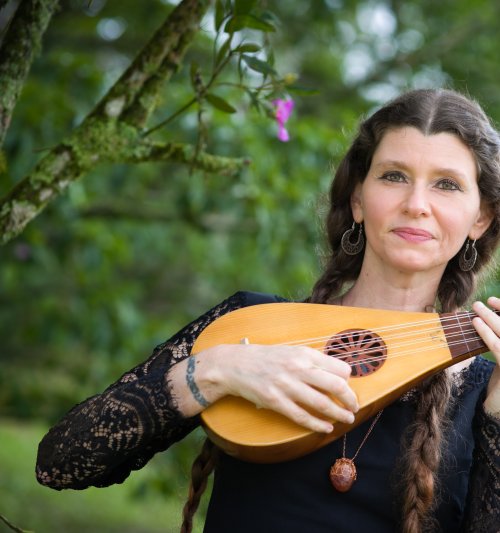 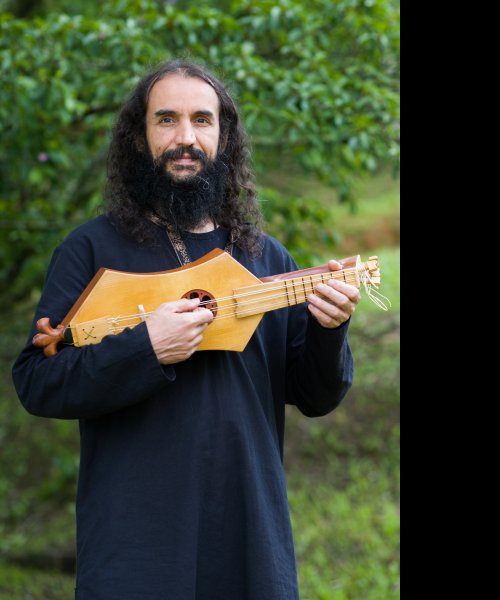 ABOUT
Duo Olam Ein Sof was formed in 2001, by the musicians Marcelo Miranda and Fernanda Ferretti. Their songs are inspired by themes as: medieval, renascentist, folk, various mythologies, ethereal universe, thus, they do a distinctive authorial work.
Seeking for a deep name, without a meaning label, and has a representation too an infinite union, Olam Ein Sof was choosen. A Cabalistic name with complex signification but it can translated as Infinite World, this is how they think about art: without frontiers and transcendental.
They propose on their concert a show with magic and fantasy, bringing back the values from our ancestors and a reconnection with the universe. They toured through many Brazilian States and also in Colombia (2010/2017), Chile (2012), Portugal (2014/2015/2018/2019), Spain (2015/2019), Italy (2016) and Germany (2018).
The duo also makes an interaction with other types of art yet as: dance, literature, visual arts and research and play medieval music.
Their discography include 5 CD and 1 DVDs: Immram (CD2004), Celtic Mythology (CD2005), Ethereal Dimensions (CD2010), Reino de Cramfer (CD2014), Live At Wave Summer Festival (DVD2015), Cantigas de Reis, Trovadores e Peregrinos (CD2017) and Tempo do Sonho (EP 2021).
The duo also research and play medieval music from 12th to 15th century within their project "Cantigas de Reis, Trovadores e Peregrinos".