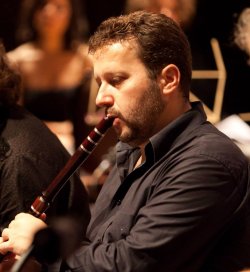 Follow
Send Message
About
Nedyalko Nedyalkov was born in 1970 in the town of Haskovo into a long line of folk musicians. Even as a young child, his interest in music was apparent. At the age of four, he made his first attempts to play the accordion. At seven, he started going to the music school in his hometown. Later he continued his musical education on the kaval, a traditional Bulgarian folk instrument and applied to... more
Influence
Balkan
Mediterranean
East European
Genre
ethno music, jazz, balkan music, classic etc.
Other Pages