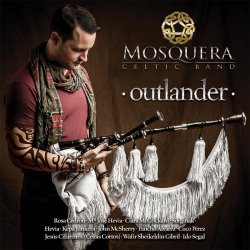 Spain
Tracks
Videos
Photos
About
"Angrois"
by Mosquera Celtic Band
Influence: West European , West European
Genre: galician folk/pop, celtic music
share
repost
comment
buy
add to favorites
About ""Angrois""
A group of neighbors united in the face of disaster, giving the best of themselves. They share the pain and suffering after bravely facing up to it. The generosity of those brave men who cried along with strangers that made them into immediate brothers is an example for mankind. Angrois became everybody’s home on 24 July 2013.
María José Hevia’s percussion adds the strength I craved for this song. There is no one better than her to find a new method of playing an ancient instrument, an instrument which holds an important role in folklore worldwide Thanks to you, María José, for sharing this tribute to Angrois (Galicia) with me, to honor their courage and commitment.

See all tracks (7)
Follow
Send Message
About
·Mosquera Celtic Band· is a Spanish band specialized in Galician Folk/Pop. Its Director, the bagpiper Fernando Mosquera, is a well-known celtic multi-instrumentalist in Spain and he can play nearly 50 different instruments. He's the creator of the whole repertoire of the 'Celtic Band', lyrics included in Galician, English and Spanish language.