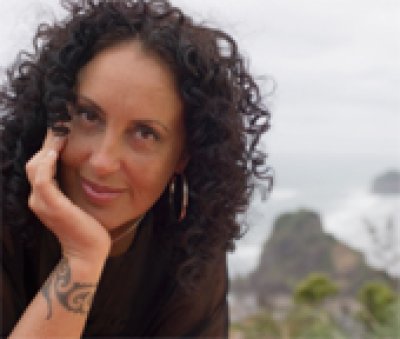 Huakirangi (feat. Shellie Morris – Nativemix2021)
by Moana And The Tribe
Share
Buy
Influence: Oceanian
Genre: roots, electronica
About "Huakirangi (feat. Shellie Morris – Nativemix2021)"
‘Huakirangi -nativemix2021’featuring Shellie Morris is another single to be released from Moana’s upcoming sixth album ONO, produced by Paddy Free. ‘Huakirangi’ is co-written with electronica producer/guru Paddy Free and longtime band member/co-writer Scotty Morrison and features the Tribe’s Cadzow Cossar on guitar. The lyrics are inspired by the karakia composed by legendary Polynesian hero Maui to capture and slow down the sun. The track also features award winning indigenous Australian artist Shellie Morris. Shellie is credited with creating music and songs in around 17 Aboriginal languages, many considered “sleeping”. In ‘Huakirangi’, both women explore the relationship between Sun and Moon through Māori and Yanyuwa (an indigenous Australian language) languages and stories.
Huakirangi is based on an old incantation that Maui would have used to capture and slow down the sun so that humans would have more time in the day. The lyric is based on a farewell from the Sun to Te Pō (the darkness). RANGI means day. PŌ means night or darkness.

The first verse explores the different degrees and dimensions of darkness within our traditional world, before there was light - layers of darkness, black, very black, the ultimate black. The first line says; "i hīpoki nei koe i te ao ki tō korowai uriuri" - "here you are oh Sun, covered and protected by your cloak of Darkness." The second part is all about the power of the sun to heat the earth, to extend his rays to the world, to light it up – many dimensions of light and heat.The phrase towards the end with the vocal progression that goes higher, ends up saying "Taku manu ia ka ko, Kua ao, kua ao, kua awatea." Shellie Morris' lyrics have the background story: The Dreaming place for the sun is in Garrwa country, near Pangalina station there is a cliff face with a great round impression in it with rays coming out, it is the sun. In the Dreaming she was an old lady and she was really jealous for her country and she drove everyone away from it by her heat. There were old people that had power songs that could slow the sun, make it hotter, cooler, make peoples bodies burn.