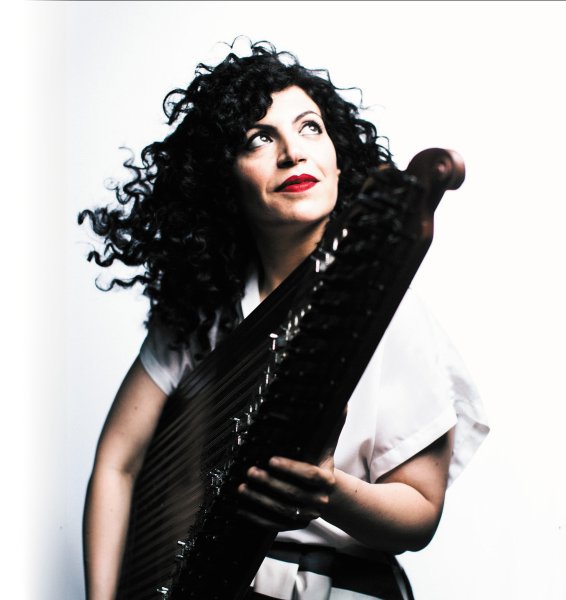 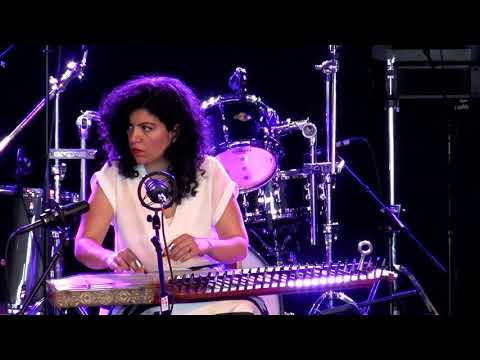 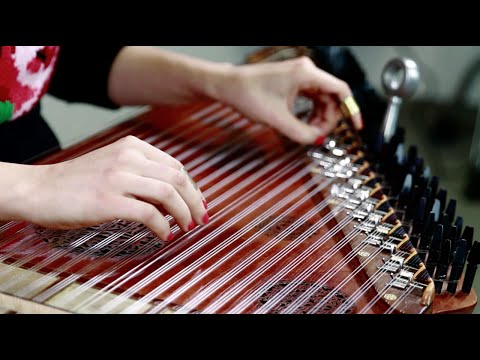 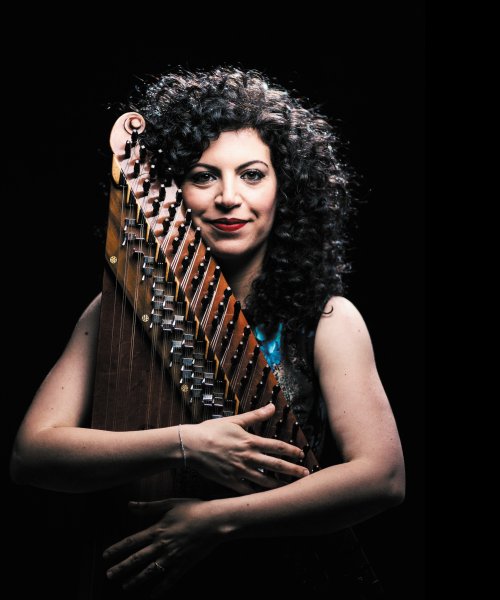 ABOUT
I was born in Damascus into a progressive family of writers and artists. In Syria music is at once an integral part of people’s lives and also an ancient tradition that goes back thousands of years. I always wanted to be a musician. I never planned or envisioned anything besides that. I think it boils down to two things: the first is sticking with it, the instrument, the music, the life of a musician; the second is being true to myself, even if that means I am constantly challenged and pushing the boundaries by doing something new, wonderful, scary and completely out of my comfort zone. At home, we had a huge collection of music from all over the world: Arabic classical, jazz, fusion, world, Tibetan monks, Western classical, so I grew up in Damascus listening to all of this music.

I started studying music aged 7 at the Sulhi al-Wadi Institute of Music in Damascus. When I was 9 years old it was time to choose an instrument. My family bought me a violin, which I reluctantly agreed to learn. One day I was heading towards the Institute with my mother, and the taxi driver was playing a recording of an enchanting instrument that blew my mind. I asked the taxi driver which instrument we were listening to and he told me it was the qanun. I told him that I was determined to learn it. His reply shocked me, but it kindled a flame within me. He told me I was a girl and that girls just don’t play the qanun. This is a man’s instrument, he grinned, played only by men. He advised me to forget about it. I challenged him and said, I will learn to play the qanun! He laughed at me. Later that same day, as I was sitting in my solfeggio (pitch and sight-singing) class, the head of the institute walked in and announced that the quanun class was open for enrolment. I immediately enrolled, with the full support of my parents, who then replaced the violin they had bought me with a qanun.

At the age of 12 I was fortunate enough to win the Best Musician Award in the National Music Competition for Youth. I continued at the High Institute of Music and Dramatic Arts in Damascus studying for a BA in Music, specialising in qanun, whilst at the same time studying for a BA in English Literature at the University of Damscaus.

In 2007 I moved to Dubai to focus on my solo career. Fairly quickly I found myself performing at venues such as Al Qasba Sarjah, The Sultan Bin Ali Al Owais Foundation in Dubai, and Burj Al Arab, and being interviewed by leading Arabic TV channels. In 2009 I was invited onto the full-time faculty to teach qanun and theory of Arabic music (maqam) at Oman’s Sultan Qaboos University in Muscat. Performing and teaching in Oman was a wonderful experience. However, I wanted to be in a place where I could perform on an international platform and engage with musicians and audiences from all over the world. So I chose London and applied for the UK government’s Exceptional Talent scheme, whereby 300 artists are endorsed each year by Arts Council England and selected from around the world to migrate to the UK, where I continue to live and study, currently undertaking a PhD at the University of London’s School of Oriental and African Studies (SOAS), looking at how music can be used as a healing too, working with Syrian refugee children at camps in Jordan and Europe.

The war started in my homeland in 2011. From that point on, making music was no longer a choice, it was a crucial tool to express and come to terms with intense feelings of loss and sadness after seeing my people suffer and my land destroyed. On a hot summer’s afternoon in London in 2012 I was watching the news. At the time I felt overwhelmed, as if I was going to explode, so I held my qanun and “Syrian dreams” came out of me. That was the very first piece of music I wrote.

My album ‘Syrian dreams’ is my personal journey through the 6 years of war in Syria. It is a translation of my memories of home and my feelings into music. I see the act of playing music as the opposite of death; it is a life and hope-affirming act. To me music is my healer and an antidote to what is happening, not only in Syria, but in the whole world. I like to think that my music brings people back to humanity and to their heart centers, where no harm can be done to any form of life and where all can exist together in peace.