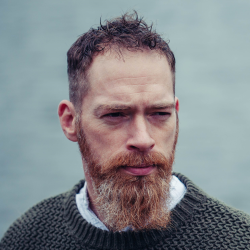 United Kingdom
Tracks
About
Alder Of The Marshes
by Matt Steady
Influence: West European
Genre: celtic, folk
share
repost
comments: 2
buy
add to favorites
About "Alder Of The Marshes"
Legend has it that Celtic Monks used a specially prepared mixture of ashes obtained from the burning of the boughs of nine sacred trees - Alder, Ash, Birch, Elm, Hazel, Oak, Rowan, Willow and Yew. The use of the ash in ceremonies was important, but for the monk, the collection of the individual woods was an act of worship in itself. They believed each tree had characteristics pointing towards various attributes of the Godhead, and they would meditate upon these as they would harvest each in turn. I've written each track on the album to do the same, each having a distinct character and embodying different divine characteristics. The finished album is, in a way, the ash, and the unseen creation process is an act of worship and devotion, similar to the gathering of the wood by the monk. The name of this ash was Nawglan, the Sacred Nine.