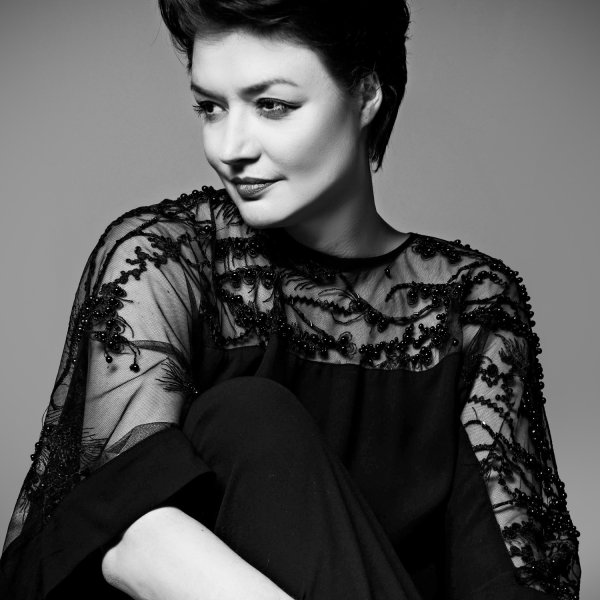 Romansa - Uspavanka Za Dušu
by Maja Milinkovic
Share
Influence: Mediterranean , Balkan
Genre: fado
About "Romansa - Uspavanka Za Dušu"
Maja Milinković –
Romansa - uspavanka za dušu
is a new song launched by Maja Milinkovic, the fado singer born in Sarajevo who now lives in Lisbon. This is the first single of a new musical project of the artist, which will be launched in 2019 and whose mission is to create a cultural bridge between Portugal and Bosnia-Herzegovina through traditional songs from these two countries: Fado and Sevdalinka.

In the original version,  “Romansa” is part of the musical repertoir of Amália Rodrigues (lyrics by Afonso Lopes Vieira and musical arrangement by Carlos Gonçalves) and it tells the story of reuniting with one own’s soul, from which she has been enstranged. For this reason, Maja gave the song the subtitle “Song to calm the heart”, in her own adaptation to bosnian languange. “It is easy to recognize ourselves in this dialogue, especially those who have a close relationship with their own heart, have already experienced the pain of feeling that a part of their soul is missing”, declares the fadista.

The song was recorded in Sarajevo (voice and viola)  and Lisbon (Portuguese guitar), for the final product to portray with accuracy the cultural bridge it wants to create.

The video presentation of “Romansa (Uspavanka za dusu)” was made by the young videographer Ronja Panholzer and it was filmed at Cabo Espichel, “where the colours of the sky and of the ocean mix in one scenery. It was very easy to film the video there. The beauty and serenity of the place are breathtaking.