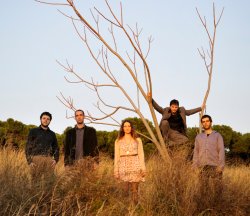 Miquel Rodergas "MICU”, leader of the former Rumba Band Meztuca, is on the scenarios since 2001. Changing his main project in 2005, he decided to present himself with its own nickname, MICU, just like his father named him since Miquel was a child. Though he had become one of the principal rumba figures in the catalan city, he began playing in small bars of his n... more