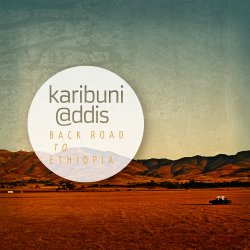 Album: "Back Road to Ethiopia"

Follow
Send Message
About
There are plenty of beautiful music on our planet Earth from all countries and continents.

If you have been exposed and are already familiar with music from Angola, Ethiopia, Turkey, Portugal and different parts of Europe, you have a mind that has already opened itself to the international band named Karibuni @ddis. If not? You must give this band a try!