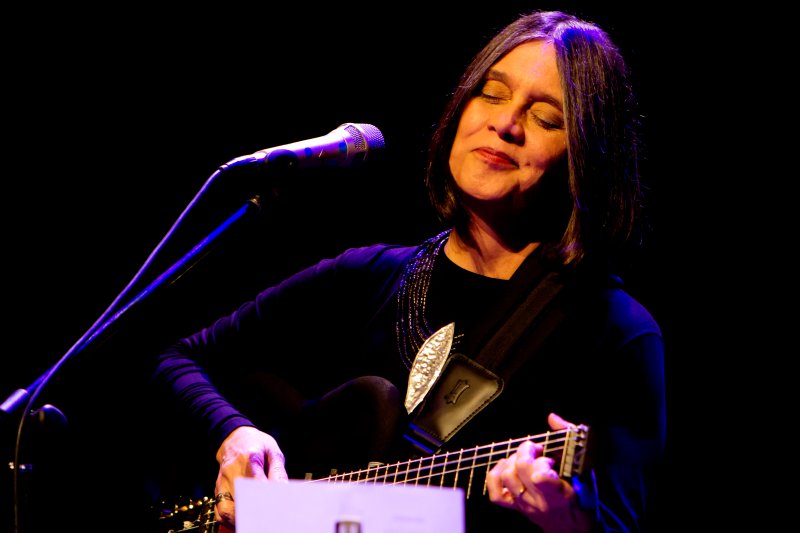 Born and raised in Rio's Zona Sul (Posto Seis, Copacabana), Joyce studied at Colégio São Paulo, a Catholic elementary school in Ipanema. At the age of fourteen, she began playing guitar by observing her guitarist brother Newton-thirteen years older, a bank employee, and a recent law graduate, who was a friend of bossa-nova musicians like Roberto Menescal and Eumir Deodato. During that period, her home was frequented by well-known musicians, all of them her brother's friends, including Luiz Carlos Vinhas, Leny Andrade, the Castro Neves brothers, and many others. Some of them belonged to Bingo Sete, a dance combo led by Newton, with drummer João Palma, bassist Sérgio Barroso Neto, and Eumir, who in the early days of the combo played accordion. This was how the adolescent Joyce became familiar with the latest trends of bossa nova and its new harmonies.