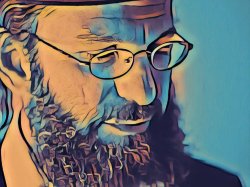 Spirituality during the holidays subject of new song by Gedalya 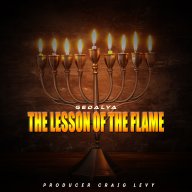 Singer-songwriter Gedalya reflects on holiday season with new single, The Lesson of the Flame

Dec. 1, 2020 (New York) – Just in time for Hanukkah, Folk-rock singer-songwriter Gedalya has released “The Lesson of the Flame,” a musical reflection of the need for positive spirituality during difficult situations.

“Finding ways to get through hardship is central to religion,” Gedalya said. “And I wanted this song to reflect the powerful combination of faith and positivity.

“It’s my first time writing a holiday song, or even writing a song directly about Judaism, for that matter,” he said. “Even though I wrote the song with the holiday season in mind, it’s about more than just the annual celebration. I wanted to convey the power in continuity and history. This Hanukkah many of us are experiencing a year of tragedies, but by learning from tradition and remaining faithful we can find better times. I tried to reflect that in ‘The Lesson of the Flame.’”

The song speaks directly to the power of positivity, especially during times of tribulation.

“Finding yourself can be a challenge, especially when times are difficult,” Gedalya said. “This year especially I have seen so many struggle with what is happening in the world. I wanted to make sure they heard a positive message for the holiday, but also I wanted anyone that hears the song to feel – deep down – that their situation can also get better. Now is the time to look inward to find the strength to make it to those better times.”

While the song reflects Gedalya’s faith, he said its spiritual message is universal.

“I wanted ‘The Lesson of the Flame’ to speak directly to the listener’s soul,” he said. “But the message of the song is not inherent to a particular faith; rather it speaks to a state of being. It’s a frame of mind that brings light to the dark and the blessings of that kind of a life are tremendous.”

See all blogs (3)
Follow
Send Message
About
Gedalya is a folk rock singer/songwriter based in New York. Exploring themes of faith, hardships, and growth, his music is reaching a growing audience around the globe, touching listener’s hearts in every corner of the world. Gedalya’s soul searching songs immediately stood out from the crowd when he emerged in 2017 with the debut album ‘With Help From Heaven’. Inspired ... more
Influence
Jewish
Genre
folk, singer songwriter, light rock
Other Pages