Change Of Season
by Esthema 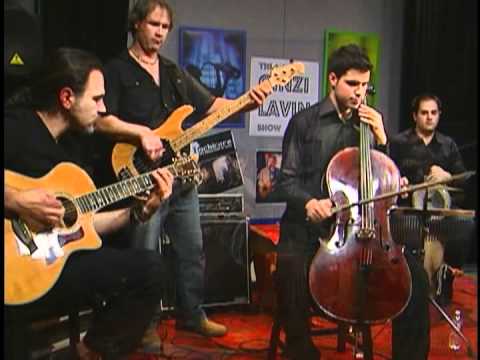 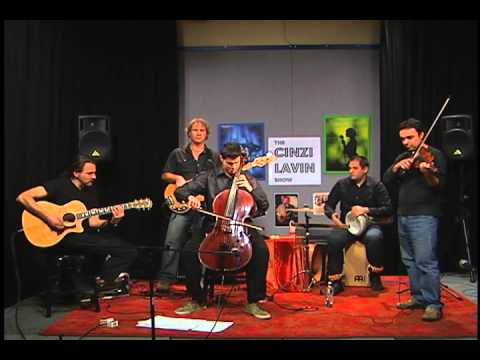 ABOUT
Esthema “plays at a truly world-class level, with authenticity, aplomb, and exuberance” writes Barry Cleveland in the April 2010 issue of Guitar Player Magazine about Esthema’s sophomore release, the Hereness and Nowness of Things. An instrumental ensemble hailing from Boston, MA (USA), Esthema has been creating their unique sound since 2006 by fusing the sounds of Jazz/Fusion and Progressive Rock with the sounds of the traditional music of the Balkan region and the Near & Middle East. The musicians that shape the sound of Esthema bring together both Western and Eastern influences, instruments, and concepts creating a musical tapestry that transcends genres and cultures.

Esthema’s first CD, Apart From The Rest featuring Andy Milas (acoustic guitar), Onur Dilisen (violin), Tery Lemanis (bouzouki & oud), Jack Mason (bass) and Carl Sorensen (drums & percussion) released July 2007 was voted as one of the Top 25 independent recordings of 2008 at Indie-Music.com and in 2009, alongside artists like the Gipsy Kings and Arvo Pärt compositions from the CD were chosen and featured at the critically acclaimed Waterfire Providence in Providence, Rhode Island. Joel Simches from Boston’s Noise Magazine stated, “this recording is nothing less than a true celebration of a number of different styles of world beat, jazz, rock, ethnic European and Middle Eastern traditional music” and John Collinge from Progression Magazine called it “a seamless blend of Eastern and Western motifs: Ethnic scales and meters intertwine delightfully with jazz-rock drums and bass beneath jazzy improv and winding melodies.”

In 2009, Esthema released their second CD, the Hereness and Nowness of Things featuring Andy Milas (acoustic and electric guitars), Onur Dilisen (violin), Tery Lemanis (bouzouki & oud), Ignacio Long (bass) and Bruno Esrubilsky (drums & percussion) with guests Robin Ryczek (cello) and Karim Georges (doumbek). With their second release Esthema once again blurred the boundaries between Eastern and Western music. Janie Franz for Skope Magazine writes that “these two recordings have already marked them as maestros of their instruments and as masters of world fusion like no one has ever done before” and that “Listening to their work is like hearing and feeling the heartbeat of the planet.” Lily Emeralde and Emma Dyllan of Phosphorescence Magazine call it “a world-class collaboration of the highest order” and that “once again, Esthema dazzles.”

Since the release of the Hereness and Nowness of Things, Esthema has been in the weekly Top 20 at Latch Fusion Radio alongside Fusion greats like Herbie Hancock, Return to Forever, and the Mahavishnu Orchestra, they have been nominated and won the Top 25 of 2011 Award at Indie-Music.com and their composition “Eastern Dance” went to number 4 on the Instrumental Charts at Indie-Music.com. Compositions from the Hereness and Nowness of Things can be heard on radio programs and stations throughout the United States and Europe and on September 20, 2010 the International Association of Independent Recording Artists (“IAIRA”) certified Esthema’s “Eastern Dance” as an International Top 10.

Esthema is currently working on new compositions and arrangements for their next CD, Long Goodbye and performing in the Boston area.