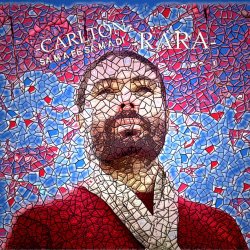 
See all tracks (10)
Follow
Send Message
About
Singer and actor Carlton Rara, also known as CARL'O. was born in France in 1975 to a Haitian mother and a French father.

He grew up attending artists of all kind : jazzmen Dizzy Gillespie and Art Blakey, choregrapher Carolyn Carlson, musicians Salif Keita and Zakir Hussain, director Peter Brook and many more who made him someone curious about the world.