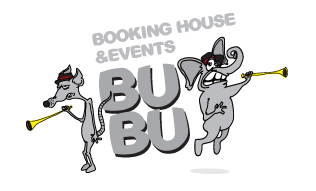 We support creativity and the unconventional, being directly involved in open cultural structures of all kinds: festivals, exhibitions, artistic performances and happenings in and outdoor. Along with introducing on the national market the Balkan trend, bringing among others for the first time in Romania many world-renowned artists of the genre or constant collaborations with well- established artists, BuBu Bookinghouse supports many young artists, helping them to develop and impose in their field of activity.

Over 800 artists and artisans from 16 countries, 87 concerts and dance performances, 17 photo and paiting exhibitions, 11 theater performances, 24 film productions presented, 22 fire and modern circus shows, 4 artistic performances within the penitentiary in front of an audience of over 1000 inmates, 12 workshops, 25 days hosting the Roma crafts fair, over 20 informative activities and thousands of informative and awareness materials distributed freely, approximately 250 volunteers, more than 100 governmental and non-governmental institutions involved and the support of over 100 media channels both national and international is added to the sum-up view of IRAF in its 5 editions unfolded so far.

The quality of the events and the growing visibility of the festival made IRAF be mentioned by one of the main journalistic institutions of the continent, The Guardian in UK, that sets the festival among the cultural events that offer Romania a new face. The festival was organized under the aegis of the Roma Decade 2005-2015 while previous editions have benefited from the high patronage of upper rank state institutions as the Romanian Cultural Institute and the National Council Against Discrimination, and also have unfolded under the aegis of: The European Year for Equality of Chances and the European Year of Intercultural Dialogue. IRAF has also been awarded a mention in the Culture section of the Civil Society Gala in 2007 and The National Youth Agency, through the General direction of Youth in Timis has awarded the event with a special prize, recognizing it as one of the best cultural projects involving the youth in Romania in 2008.

Recently the festival was awarded in Prague at the ERSTE Foundation Social Integration Gala 2011, IRAF being the only cultural project to win this international recognition, while the other 36 winning projects (out of a selection of over 1800 major European applicant projects) came strictly from the social sphere. The year 2011 has also brought other international accomplishments for the project. The artwork (image, posters, etc) of IRAF has been exhibited this spring for 2 weeks at the Viennese Parliament within a large cultural event of the city, as an example of "best practice" within Roma culture work, for its innovative and un-stereotyped vision. In February IRAF was among the only 4 Roma culture festivals in Europe invited at the first European Roma Culture Seminar in Spain, Caceres, thus recognized among these few events as representative for culture festivals in the Roma world within European space.