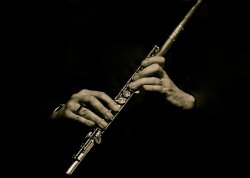 Bill McBirnie has achieved something decidedly unlikely for a Canadian flute player, raised in the small town of Port Colborne, Ontario.

Despite a rather unremarkable musical beginning, he has succeeded in attaining an international standing as one of today's foremost jazz flutists, all while rarely setting foot outside of his native city of Toront... more