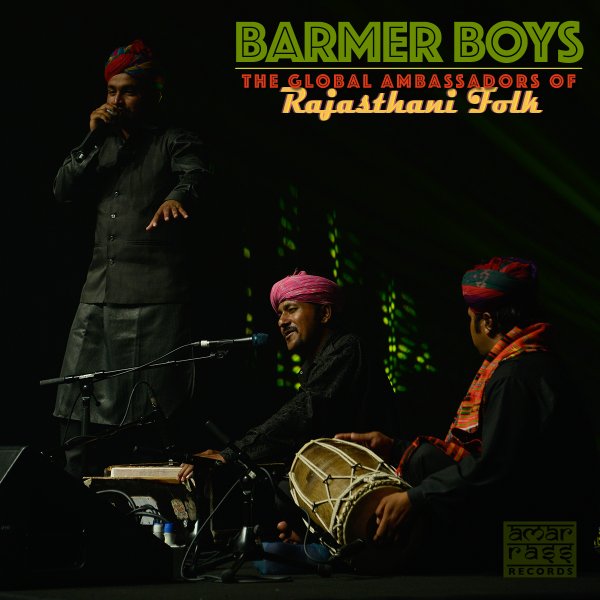 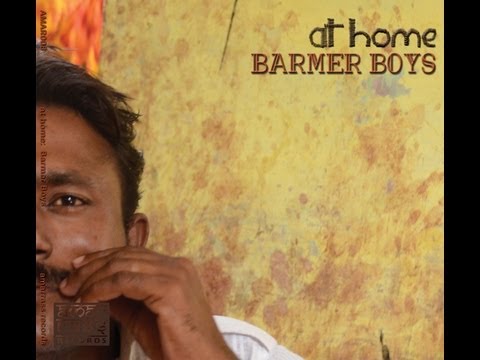 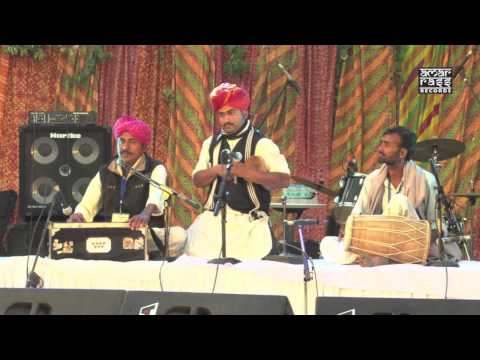 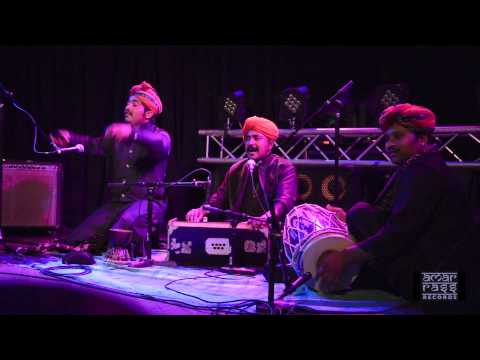 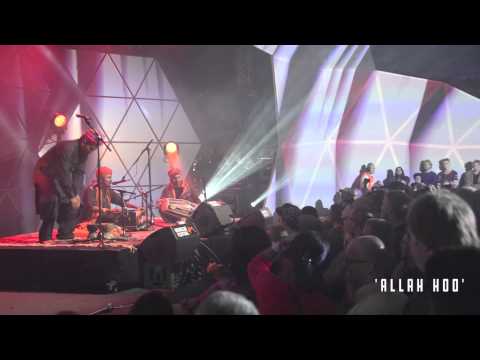 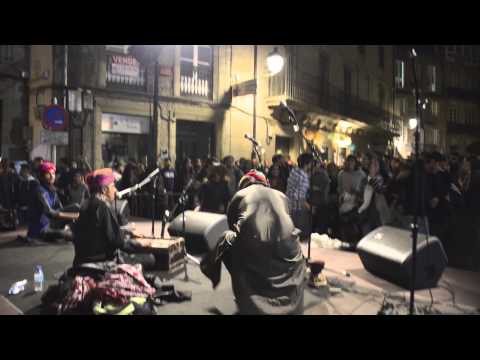 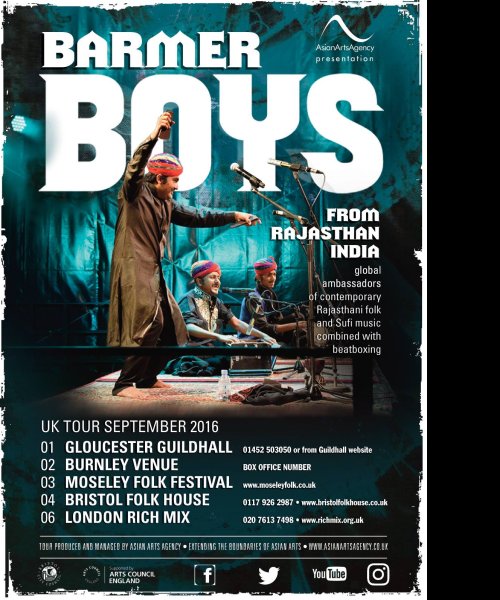 ABOUT
Barmer Boysare the next generation of performers that carry forward the centuries-old musical traditions of the Manganiyars and are the global ambassadors of contemporary Rajasthani folk and Sufi music. The trio meld traditional Sufi and celebratory songs with the acid twang of the morchang (Jewsharp), the staccato rhythm of the dholak (two headed Indian drum) and beatboxing, creating a sound unique to the band! The band's versatility of styles and bubbling energy infuses each performance - from soulful Sufi kalaams to uplifting wedding and celebratory songs, songs of love and remembrance, to boisterous jams with beat-boxing and live DJ sets.The group formed in 2011, and has performed with a host of world renowned artists including Vieux Farka Tourè, Bombino, BaBa ZuLa and Madou Sidiki Diabatè. They have performed at the Amarrass Desert Music Festival (2011, 2012), The Elders Conference, Escape Festival, Bhakti Samaroh and more. The group made their international debut in 2014 with shows at Roskilde Festival ’14, Borneo World Music Expo ’14, a US debut with a coast-to-coast tour in April ’14, and have been wooing audiences on television screens, cinema halls and festivals in India including MTV CokeStudio Season 3, NH7 Weekender ‘14, IIT Mood Indigo ’14 and Jaipur Literature Festival ’15. Barmer Boys have since toured Canada, Europe and Hong Kong, and featured on BBC Radio's Global Beats program.

- Barmer Boys were featured artists on Season 3 of Coke Studio at MTV India (August 2013)- Debut album "At Home: Barmer Boys" released in Dec 2012 on Amarrass Records (4 Stars - Songlines)- Performed at Roskilde Festival 2014 with their set between shows by Outkast and The Rolling Stones!

"Creating a maximum groove with minimal means" - MixedWorldMusic.com, May 2015

“Barmer Boys steal the show.. with their unique folk tunes, truly stood out at the festival” - IBNLive at NH7Weekender Festival, Nov 2014

“Mangey Khan’s voice needs to be heard to be believed” - Hindustan Times, Feb 2012

"The music rose above the repetitive tunes we hear in today’s clamorous folk market and was like a whiff of fresh air" - Indian Express, Nov 2012

The group was conceived by Amarrass Records in 2011 and their music is a harmonic blend of distinct performance styles and personalities.Starting off as a quartet, the group now comprises of a trio led by Mangey and Rais. Manga 'Mangey' Khan belongs to a family of illustrious singers, and with his electrifying voice is equally at homesinging traditional Marwari wedding songs or belting out Sufi qawwalis. He also plays the harmonium (similar to thereed organ or the accordion). Rais Khan is a gifted young musician who wields magic with his instruments. He is a multi-instrumentalist and plays the morchang (or Jewsharp), the bhapang (a single stringed plucked drum) and khartaal.A keen experimenter with sounds, he has also added beat-boxing to his repertoire. The dholak (a hand drum widely used in North Indian folk music) forms the percussive bed for the group’s songs, and some of the best players from the region accompany Mangey and Rais for the band's performances."We absolutely love global music. Indian music is so powerful. The rhythm is great and the melodies are unforgettable. Barmer Boys is an amazing band. We've traveled all around the world, and have met and performed with all sorts of bands, but this one - Barmer Boys - is absolutely amazing. It was a delight to perform alongside them. You know, we could have easily played it all night with them." - Ari Roland Jazz Quartet