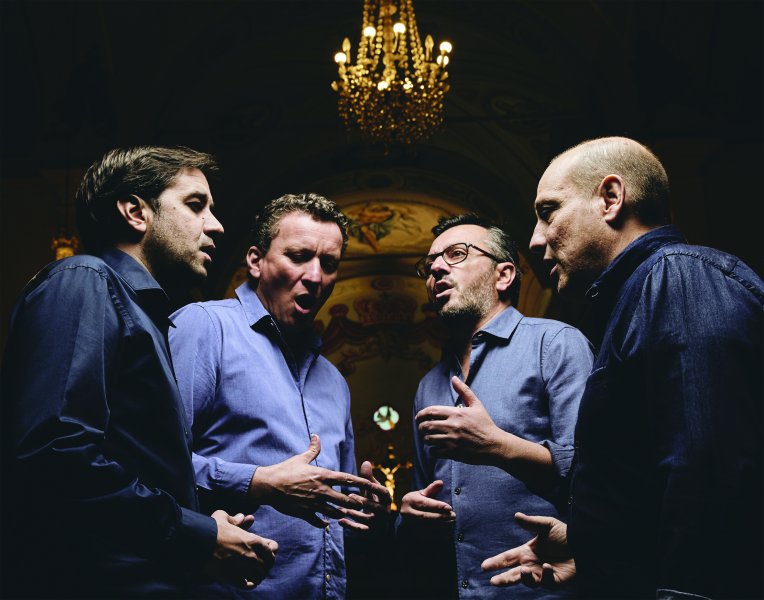 ABOUT
Barbara Furtuna is a vocal Corsican group founded in 2001 and composed of four men. Since a very young age the singers who compose the group have mastered their vocal art performing in different island’s groups and adopting a several-century-old polyphonic practice.
Even if the group finds its inspiration in traditional chant, the group is distinguished by its contemporary creations; an art learnedly cultivated by the years of musical practice with a new quest for harmony.

It is a musical itinerary through different facets of an island’s chant: sometimes it’s intimate, sometimes it’s powerful, sometimes it’s sensual, sometimes it’s virile – the singers present us a repertoire which is, on the one hand, deeply rooted in the homeland-source of inspiration and, on the other hand, turned towards the new century ; this is a tradition that is always evolving and that refuses to become impervious.

The chant is based on the Sacred that is not dissociable from Corsican polyphony and that touches the most intimate strings of our soul by its sincerity and helps to bring lightness and original freshness to the group’s music. Although the emotion is present during our entire musical journey, it is declined in a multitude of feelings and we are happy to get through this experience successfully. The four singers managed to tell us their story and to give us a real thrill during their recital; they managed to share with us their human adventure that sometimes revives our forgotten emotions.