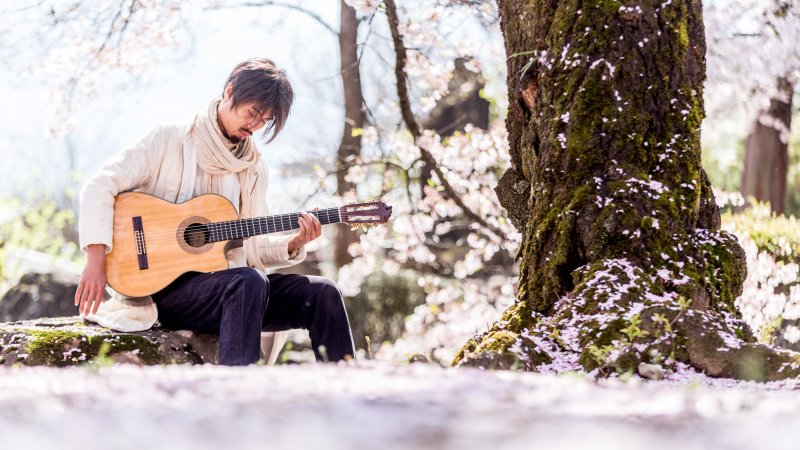 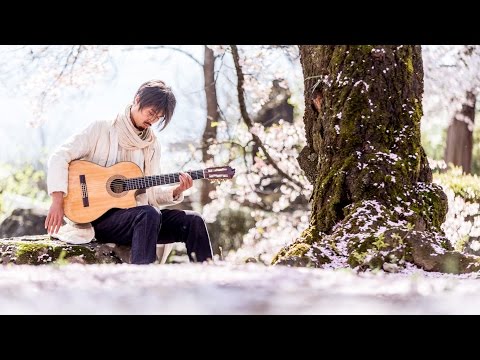 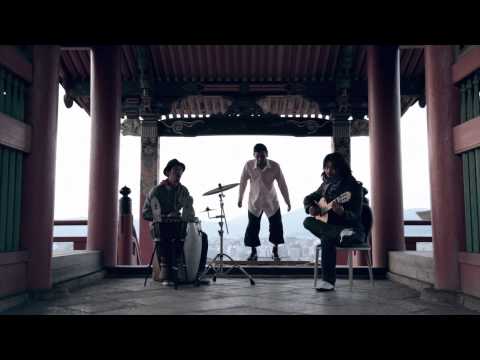 ►
Into Dreams
by Atsumi Yukihiro 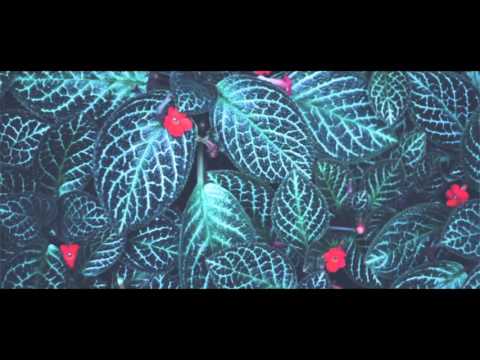 Atsumi Yukihiro has had a rich and varied music career in which he has collaborated with a variety of well known artists. He moved from Tokyo to Kyoto to create “New Japanese Music”. Based at a traditional and historical house at Kyoto, he has recently been creating a new Japanese music style called “NIPPON NOTE 2.0 (Hogaku 2.0)” at his classical style “Kura (stone house)”

To create new Japanese music based on various Japanese classical music frame equals by incorporating traditional styles into his music Atsumi both preserves aspects of traditional culture whilst innovating and breathing new life into them.

In 2016, He launched the project “Hogaku 2.0” which connects Japanese classical with more recent music through the guitar. He released the music album “Japanese Guitar Song Book”; the song, “Akifune”, composed in Japanese Guitar style was dedicated to Kifune Shrine.

In 2017, the event “Hogaku 2.0”, which updates classical Japanese music through traditional musical instruments with Japanese Guitar, started. He played Tendai music arranged by the Hougaku 2.0 method at a famous temple in Kyoto, Sanzenin temple. And also played Bunraku, Nagauta, which is Japanese classical style, and Japanese Guitar at Kansai University Museum.

In addition to his main focus on Hogaku 2.0, he has also been involved in the following projects:

“Conguero Tres Hoofers” is trio which consists of guitar, percussion and tap dance. 1st and 2nd album took top chart in iTunes jazz category. A music clip was shot in a famous Japanese temple and shrine, Kiyiomizudera temple and Kifune Shrine. It played at Europe, Taiwan, and Russia. Their 3rd album “Musical Traveler”, which based on experience of the travel, was released in 2018.

“Next World Satellite Tracks” is the project for Speaker Music as the track maker.

“SAIKOH VISIONZ”, which is a collaboration with Kitaro Nakamura. It is positive rock band with Japanese lyrics. Members are: Kiyoshiro Imawano follower, Hidehiko Ishizuka, Unaigumi, Shinji Miyake, and Masayoshi Yamazaki.

He has also initiated “Playing music work” with children in prep school which improvises music with early aged children to provide an experience of music and fun.

In addition Atsumi also composes music for TV commercials and other singers, makes environmental music for hotels and other spaces and aims to enrich our lives through music.