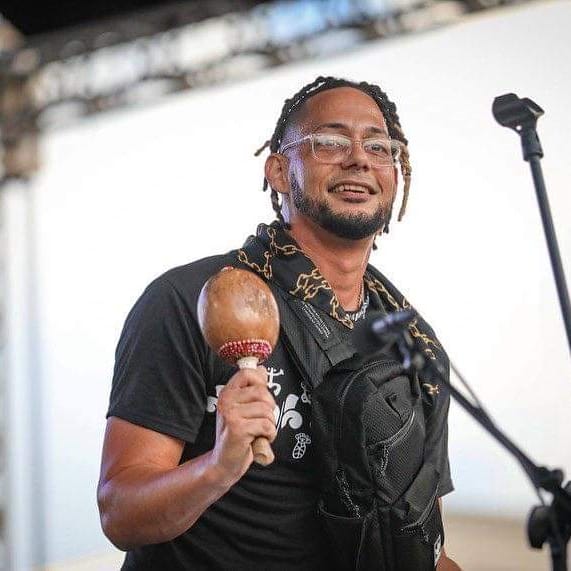 The tiradera is not only between the singers, but also between the requinteros (hand drum players) of each group. As Caymmi explains, "each requintero measures himself to the other as playing the role of fighting cocks. From there, a cadence and flavor are created that can make anyone dance." The requinteros who participated are Kiriko (Boricua and Mayagüez), Josué 4Life (La Juntilla), Yoko (La R) and Víctor Emmanuelli (Atabal).

The song was released accompanied by a video where all these musicians participate. It was recorded by Giova Film at the Club Gallístico de San Juan. Actors George S. Duran Rivera "Scottie" and Joksan Ramos also participate. Other musicians collaborated as extras backing up their favorites.